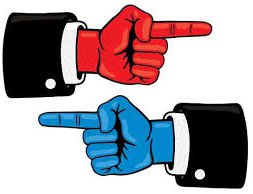 In a democracy, the role of the opposition is clear: to supervise the administration and the acts of the government, to act as an agent capable of perfecting government proposals, to be a catalyst for popular demands and dissatisfactions, and, in a way, to help the government to make fewer mistakes and to manage rather, criticizing, pointing out mistakes and incongruities, highlighting the consequences of mistakes and denouncing errors and omissions. Competent opposition contributes to achieving the objective of political action. In addition, it must be purposeful and present different paths from the current ones to ensure greater efficiency in the public sector and enable constant national growth. It requires an opposition that can control and analyze a policy that is not pro-people.

In genuine parliamentary democracies, governments and oppositions have equal obligations and responsibilities to the citizens of their state. Both are composed of representatives of parliamentary parties, who are elected by the citizens of the country to represent their interests. In fact, this applies to both levels of government- central and local. The opposition should be given specific rights and responsibilities by the government. Members of the opposition must have access to democratic processes and must consult with members of the opposition on important issues. The opposition must act responsibly, taking into account the state interests and should constructively, within the legal field, criticize government policy, but cannot unreasonably interfere with the work of the government. The spirit of mutual respect should always be encouraged.

The opposition within a democracy has, among its functions that of limiting the government in turn, must also promote pluralism and coexistence in dissent. Only in this way can the ultimate goal of public servants be achieved, eventually leading to the search for greater well-being for the population.

Formulation of the problem and the existence of the institution of political opposition is an extremely important phenomenon because its existence is a prerequisite for the existence of democracy in the state. Political opposition ensures the functioning of civil society. The lack of checks and balances in the state can lead to increased authoritarianism, as well as conflict within the ruling elite. It is the opposition that is the legal phenomenon that regulates the balance between the majority and the minority in the state. The opposition ensures control over the rule of law by the authorities and prevents usurpation by the top officials. It thus ensures the legitimacy and legality of state power

There are different types of opposition, due to their identity and ideological orientation, objectives, level of competitiveness, political weight, and fighting strategies. Mainly we see two types of opposition- the ‘fundamental opposition’ is directed in principle against the political system, its principles of conformation, and the fundamental social consensus (for example revolutionary movements). The parliamentary opposition is considered as an imminent and legal element of the political system.

In the Nepalese political spectrum, almost all parties do not care about their ideology. All they care about is to unfairly align themselves to be part of the government for their vested interest. Unfortunately, the opposition in Nepal is experiencing an identity crisis. The role that the opposition would play is largely played by the press and the You Tuber. The opposition is busy sharing perks on a personal level by begging with the government. Our opposition does not raise the voice.

Dr. Ram Manohar Lohiya once said, “when the roads become silent, the parliament becomes a loafer". This sentence clearly explains the role of the opposition in a democratic government. Finally, for the sake of progress, prosperity, and common justice in advancing the country, the opposition parties in Nepal is urgently in need. Most of the participating parties and election winners should not be in government. Even though in politics it is a struggle for power to carry out party goals and ideologies based on interests. Without active opposition, there is no democratic life. The opposition is an essential dimension of political life. As an opposition or as a political party, Nepali Congress is not dead yet but it is on a ventilator. Once you are on a ventilator, the chances of recovering become slim. Democracy without Opposition is like coffee without caffeine.