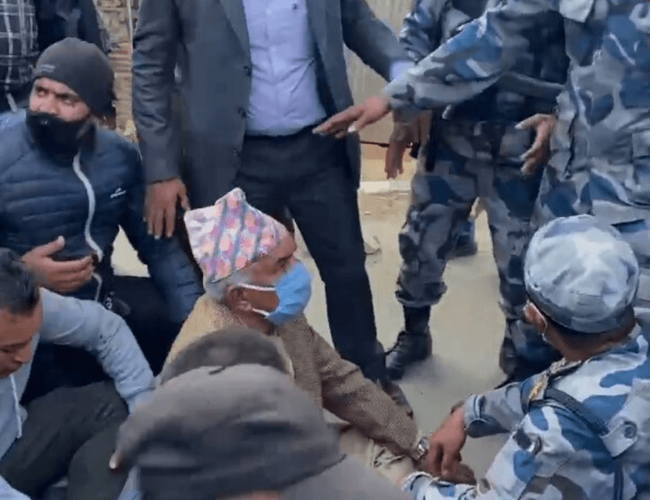 Following taking three hours in police custody, Nepali Congress senior leader Ram Chandra Poudel has been released. After his arrest, there were widespread protest against the government.

Following the dispute over the inauguration of bridge, Tanahu District Administration issued a prohibitory order in the area. However, Main opposition NC leader Poudel had gone to inaugurate a bridge along Dumsichaur road, over Buldikhola, in Tanahun district.

Before reaching there, security personnel arrested him on the order issued by Tanahun’s Chief District Officer.After his arrest, cadres affiliated to Nepali Congress staged demonstrations across the country demanding his immediate release.