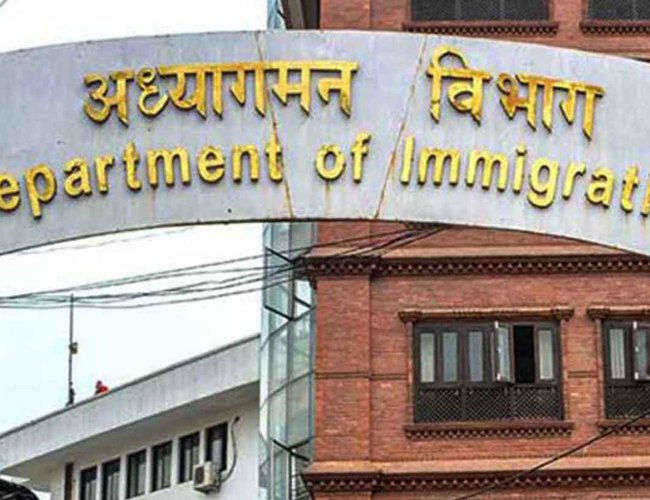 Although the government officials are citing the reason to introduce new rules to contain the cases of human trafficking under the cover of visit visa, the proposed new amendment in Immigration will make very difficult for Nepalese going abroad.

The Rising Nepal reports that the government has started drafting strict measures as human traffickers have been smuggling Nepali citizens, especially women, from the Tribhuvan International Airport.

Although restricting the moment of people is against the fundamental rights of citizens enshrined in the constitution and the Supreme Court has already made it clear that no authority can stop citizen’s right to move in the case filed by Lenin Bista, the Department of Immigration is determined to amend the regulations to place a lot of restriction.

Director-General Ramesh Kumar KC at the Department of Immigration (DoI) told the Daily that the Department is preparing to introduce some provisions in the area of visit visa after a lot of complaints and grievances started coming to the office from public quarters and some victims who had returned home facing ordeals for going abroad on visit visas.

"Under various pretexts, many Nepali women and even men have been found going abroad on visit visa and we are facing problems in managing this visa properly for Nepali citizens," Director General KC told The Rising Nepal.

"We are discussing various possibilities to regulate this visa for Nepalis, among them introducing specific educational qualification, minimum English language literacy and insurance of the visa bearer."

Ram Chandra Tiwari, Director and Information Officer at the Department of Immigration, said that preparations were afoot to implement strict measures to control human trafficking and fraud that continue to increase on visit visa.

Director Tiwari said that many of the experts and officials have suggested making insurance policy mandatory to all Nepalis going abroad. Insurance is being introduced keeping in mind that an embarrassing situation may arise while traveling on a visit visa, he reasoned.

"Going abroad on a visit visa means going for fun and refreshment. How can a person who does not have adequate financial means to insure oneself, can go abroad for fun and enjoyment?" he asked.

At present, a person going abroad on a visit visa has to carry at least $1,000 dollars along with a passport and visa. Similarly, there should be prior arrangements for traveling, staying and returning from abroad.

Balen Shah Leading The Race with Over 4500 Votes By NEW SPOTLIGHT ONLINE 13 hours, 30 minutes ago

Nepal And India To Sign Five MoUs By Agencies 1 day, 10 hours ago