As in the past, the new government led by Nepal Communist Party-NCP has announced Nepal’s Foreign Policy 2020 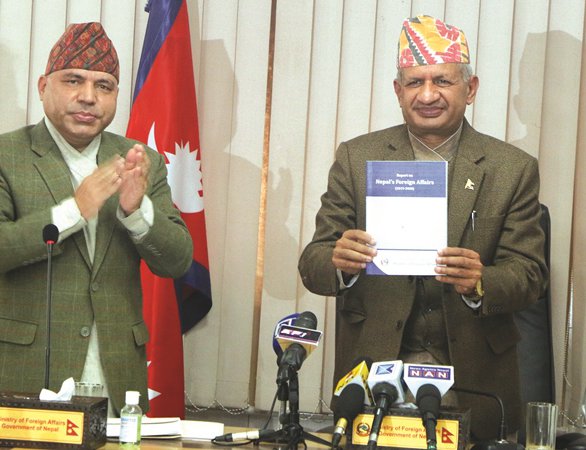 As soon as Nepali Congress formed its government in 1991, Prime Minister late Girija Prasad Koirala declared that Human Rights and Democracy would be the foundation of Nepal’s foreign policy.

In a similar manifestation and declaration, rebel leader prime minister Pushpa Kamal Dahal, in his first address to the nation, said Nepal is no more a yam between two nations, but dynamite between the two. Merely 10 months in power, the Prachanda-led Maoist government was blasted out of power.

As a prime minister, Dr. Baburam Bhattarai declared that the era of equidistance was over and he propounded a new theory of Nepal as a link between the two big countries. 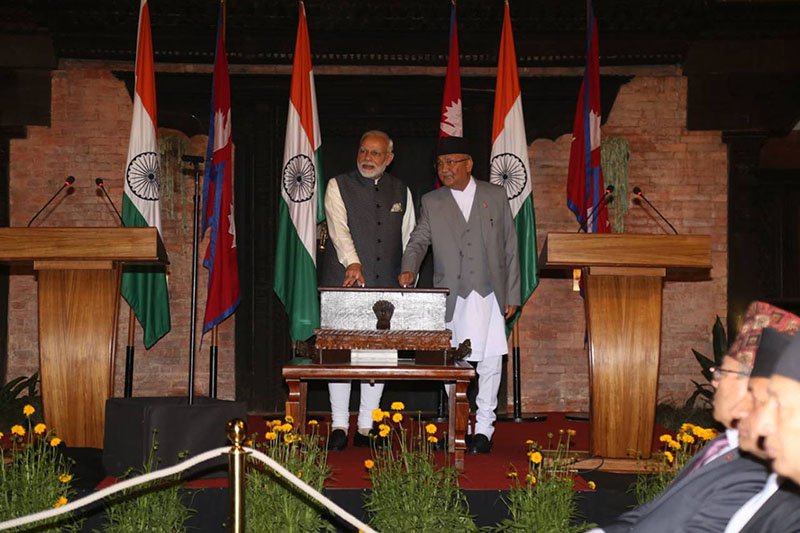 A government formed under the leadership of NC leader in 2017 constituted a high-level committee to draft Nepal’s Foreign Policy. However, the government was ousted without receiving the document.

“We are for a rule-based global system, the current deal-based system would be detrimental for the interest of the small nations. Therefore, the policy aims at a rule-based, just, inclusive and human-centric world system,” declared Foreign Minister Gyawali in the program. 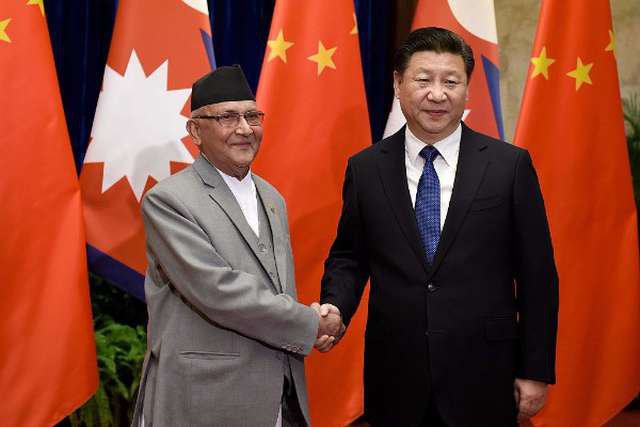 “Foreign Policy, 2020 has integrated the varying components of diplomatic practices across the sectors ranging from defense to the United Nations. This will be the central policy of the country’s foreign relations, on the basis of which other related policies would be formulated or amended,” said Gyawali.

Being a small country between big powers, Nepal’s geographical position has not changed since the country constituted itself as an independent and sovereign nation over 230 years ago.

Its political geography has not changed and its foreign policy and challenges remain the same. However, individual rulers have brought out such documents from time to time to project their views. All of them have turned out irrelevant and out of context. What it shows is that Nepal is in continuity as a nation with continuity of real policy destined by its geography.

As American scholar, late Leo Rose in his book Strategy of Survival says from King Prithvi Narayan Shah to present ruler King Mahendra had faced the same limitations and challenges. Even Prime Minister K.P. Sharma Oli has been facing the same problems, the only differences will be in style.

With a small nation situated between two big powers with a diverse political system, Nepal has a very thin space to play and it has many limitations. Among the two nations, Nepal’s relations with its southern neighbors are closely tied by common civilization, culture, religion and history.

Given this reality, Nepal’s foreign policy is defined by its destiny. “Nepal has every right to determine its foreign policy matters. However, it has its limitation which impinges upon her. Taking into account the reality of its geostrategic situation,” one foreign policy expert opined, “Nepal’s freedom of choice is obviously limited by the exigencies of power politics…. Nepal’s strategic location afforded its scope of maneuvering within limits. These limits are, in practice, set by what India and China consider to be their minimal interest in a given situation. As long as Nepal keeps within these limits, it is free to manipulate in any way it likes in relations with its immediate neighbors and other countries,” writes former foreign secretary Professor Bishwa Pradhan in his book Diplomatic Strategy for Nepal. “If Nepal is tempered to overestimate its strength and loses sight of the practical limits of its capacity to maneuver, it encounters real danger.” 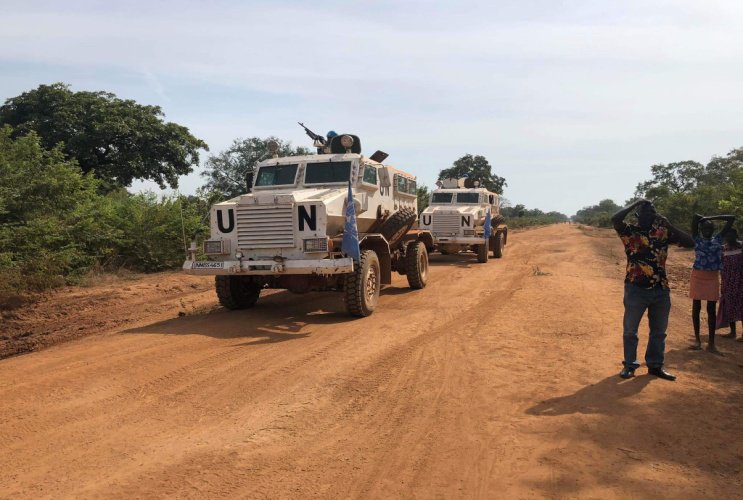 Whether the policy looks at Nepal’s reality is another matter. However, the government has claimed that this is the first time an integrated foreign policy has been brought out for the country.

“The main aim of the policy is to protect and promote the national interest. The country needs a policy that can define its role in the changed geopolitical and global political context,” said Foreign Affairs Minister Pradeep Kumar Gyawali at a program organized at the ministry to launch the policy and annual report of the MoFA.

The policy is the synthesis of various past practices such as the National Main Policy of the Panchayat era and reports of the commissions like task force led by Murari Raj Sharma in post-2006 change and commission led by Prof. Shreedhar Khatri in 2015.

It has taken references from the past study reports as well as National Dialogue on Foreign Policy organized last year. The policy is also the product of the consultation of Buddha’s teaching on peace and non-violence, Prithvi Narayan Shah’s Dibyopadesh on geopolitical considerations and demographic diversity in the country.

According to Minister Gyawali, the new policy has offered the policy requirement needed for the relations with the immediate neighbors to the multilateral organizations like the United Nations, and track-two diplomacy.

It aims at expanding and strengthening the bilateral relations with all friendly countries including the immediate neighbors on the basis of equality, mutual respect and benefits.

“Nepal’s international borders would be kept intact. The border issues would be resolved through diplomatic and peaceful means on the basis of historical agreements, treaties and evidence,” it read.

Every country pursues its foreign policy to protect and promote the country’s core interests; Nepal’s foreign policy is unclear within. At a time when global perception on the Palestinian issue has changed drastically with oil reach Gulf reach countries have started to recognize and establish diplomatic relations with Israel, Nepal is still following same old dictum to case votes in UN system against Israel supporting Palestinian cause. 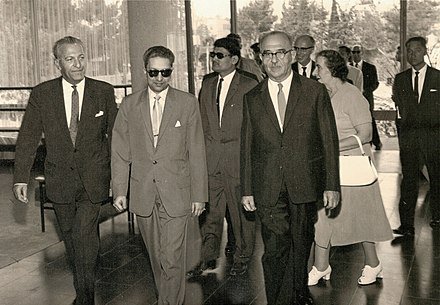 Nepal has several economic other interests with Israel and Nepal can benefit a lot from maintaining neutrality in the case of the Israel-Palestinian issue. Despite no greater interest attach to Palestine, Nepal has been voting for the Palestinian cause UN System for the last many years. In many cases, Nepal can easily win Israel’s favor if absent in voting. That can make a lot of difference for Nepal.

“Nepal has to decide in voting where Nepal’s interest is protected more,” said former foreign secretary and secretary-general of SAARC Arjun Bahadur Thapa. “Since Nepal and Israel established diplomatic relations over 60 years ago and Nepal’s relation with Israel is economically more valuable for the country, there is no reason for Nepal to vote in favor of Palestinian in every issue. Nepal can register as absentee.” 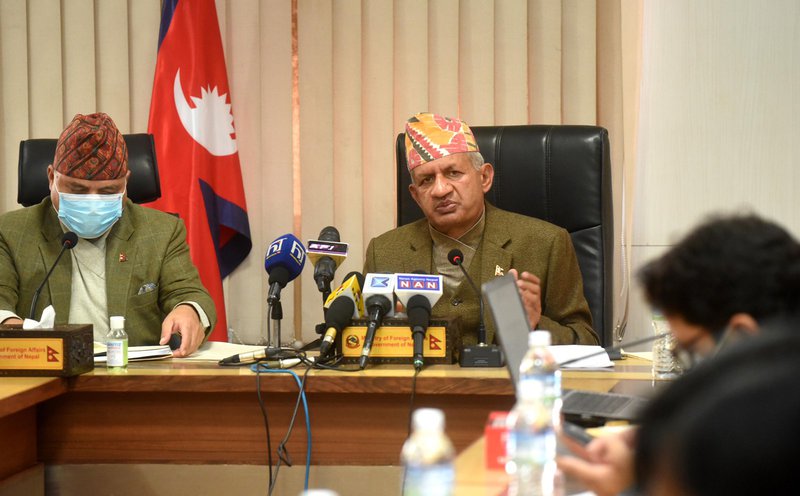 Realizing the importance of Israel for Nepal’s economic development, Nepal’s two visionary leaders King Mahendra and democratically elected leader B.P. Koirala took the riskiest decision but most favorable decision in Nepal’s interest during 1960. However, Nepal has failed to carry on the spirit of visionary leadership supporting the sovereignty and integrity of a small country like Israel which serves Nepal’s interest as well.

Although protection and promotion of Nepal’s interest is a core issue of newly announces foreign policy, it is unclear how Nepal will deal with the issue of Israel and Palestine.

“Nepal has to follow changing context of Israel-Palestinian issue in current changing circumstances when Oil-rich Gulf countries have recognized Israel’s existence giving their old policy,” said Thapa in his interview to an online.

“Any policy needs to be based on realistic assumptions. If it fails to address realistic issues, it is doomed to fail,” said Professor Dr. Lok Raj Baral.

As Nepal’s Foreign Policy 2020 talks about amending and rewriting the treaties, it naturally attracts India with whom Nepal signed several bilateral treaties. Nepal’s communist leaders including the current leadership in the government thrived in the party calling some of those treaties unequal.

“Bulk of our foreign policy engagements is with India. Whether one likes it not, the geopolitics is such that, as immediate neighbors, we are bound to have bilateral problems of multi-faced character in our relations with India. Basically, Nepal’s foreign policy is India policy which covers most of the aspects of it ranging from the socio-economic to political fields,” writes former secretary Pradhan. 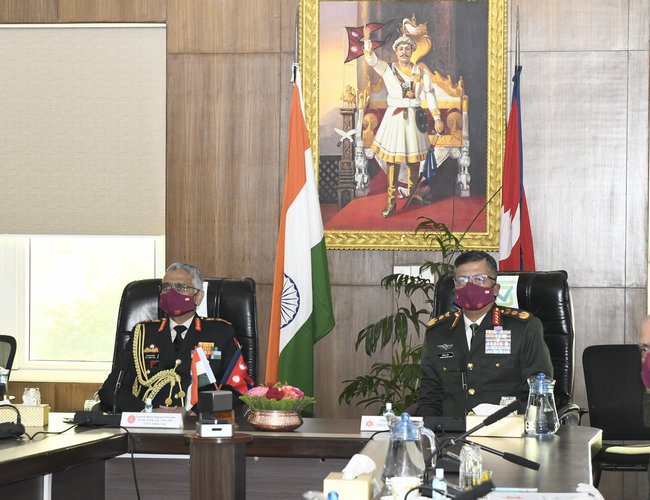 Professor Dev Raj Dahal in his article Geopolitics of Nepal, Survival Strategy of Small States, writes, “because of interdependence, Nepalese foreign policy must be based more on national and regional consensus, explicit and implicit, by taking the national interest into account.”

The policy aims at emphasizing the United Nation’s central role in multilateral diplomacy to make a contribution in the promotion of world peace, human rights and sustainable development.

Enhancing Nepal’s role in international platforms like the UN Human Rights Commission and forums of landlocked and least developed countries, and playing an effective role in the reduction of greenhouse gas and adaption to combat the challenges posed by climate change and its negative impacts are also the policy priorities.

In terms of regional cooperation, the policy aims at increasing the regional interdependency and interconnectivity to achieve development and prosperity.

Similarly, it has duly recognized the importance of the foreign policy in the mobilization of foreign economic and development cooperation, foreign direct investment, export trade and tourism promotion which are fundamental for the development and prosperity of the country.

Managing foreign employment, utilizing the knowledge, skill, capital, technology and access of migrant Nepalis in the economic development of the country, protecting the interest of Nepali nationals in a foreign land, and application of track-two diplomacy is the priority.

With so many limitations in a foreign policy imposed by Nepal’s geo-strategy, Nepal’s policy needs to address the reality. Late Leo Rose in his book Nepal, Profile of The Himalayan Kingdom, writes, “it is a normal phenomenon for the foreign policy of any society to be strongly affected by domestic political and economic factors, and this is certainly the case in Nepal. But the reverse principle-namely, those international factors have a strong and decisive impact on Kathmandu’s policies-is even more apparent.”

As an ancient Greek adage stated, “the strong nation do what they will do and the weaker ones do what they must.” Given Nepal’s geo-strategic position, Nepal has a very thin space to play between two big neighbors. Nepal has to follow the course where Nepal’s core interest lies and get much.