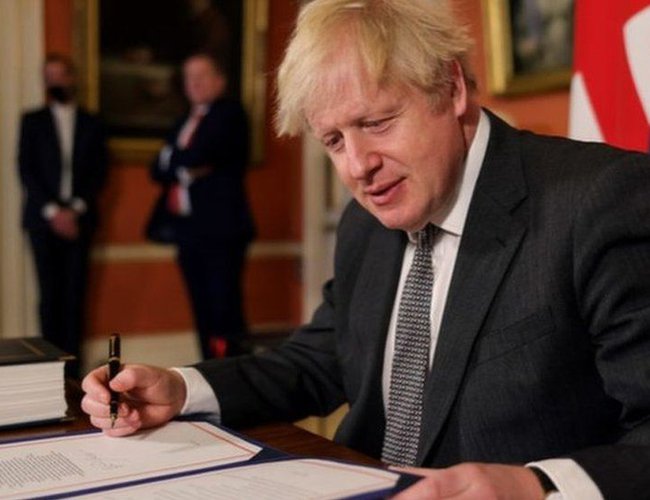 The post-Brexit trade deal between the UK and EU takes effect at 23:00 GMT on Thursday, after it was signed into law.

Parliament overwhelmingly backed the agreement in a high-speed process on Wednesday, following the two sides reaching agreement on Christmas Eve.

It takes the UK out of the EU's single market and customs union, but ends the possibility of tariffs on goods.

PM Boris Johnson thanked MPs and said: "The destiny of this great country now resides firmly in our hands."

Opponents say the country will still be worse off than it was while in the EU.

Brexit happened on 31 January, but the UK has continued to follow Brussels' trade rules until now.

The deal - reached just before the deadline to do so - sets out a new business and security relationship, following the severing of these ties.

It comes four-and-a-half years after the UK voted to leave the EU in a referendum.

EU Delegation Refutes News By A Correspondent 11 months, 1 week ago

UK Variant 'May Be More Deadly' By Agencies 1 year, 5 months ago

A Deadly 'Terror' Attack In Vienna By Agencies 1 year, 7 months ago