UK Variant 'May Be More Deadly'

UK Variant 'May Be More Deadly' 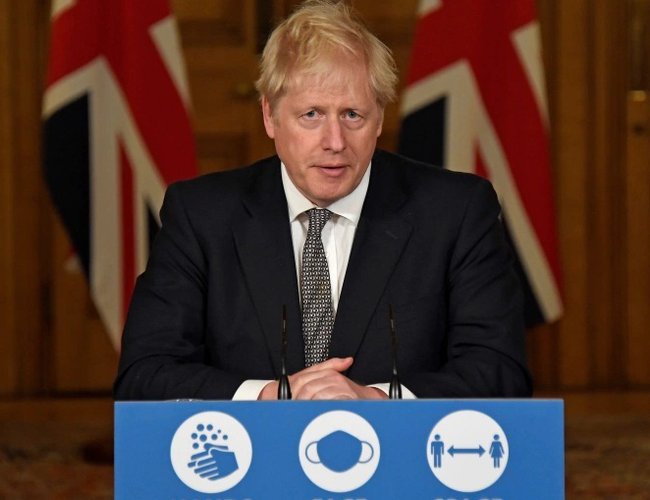 Early evidence suggests the variant of coronavirus that emerged in the UK may be more deadly, Prime Minister Boris Johnson said.

However, there remains huge uncertainty around the numbers - and vaccines are still expected to work.

The data comes from mathematicians comparing death rates in people infected with either the new or the old versions of the virus.

The new more infectious variant has already spread widely across the UK.

Mr Johnson told a Downing Street briefing: "In addition to spreading more quickly, it also now appears that there is some evidence that the new variant - the variant that was first identified in London and the south east - may be associated with a higher degree of mortality.

"It's largely the impact of this new variant that means the NHS is under such intense pressure."

Public Health England, Imperial College London, the London School of Hygiene and Tropical Medicine and the University of Exeter have each been trying to assess how deadly the new variant is.

Their evidence has been assessed by scientists on the New and Emerging Respiratory Virus Threats Advisory Group (Nervtag).

The group concluded there was a "realistic possibility" that the virus had become more deadly, but this is far from certain.

Sir Patrick Vallance, the government's chief scientific adviser, described the data so far as "not yet strong".

He said: "I want to stress that there's a lot of uncertainty around these numbers and we need more work to get a precise handle on it, but it obviously is a concern that this has an increase in mortality as well as an increase in transmissibility."

Previous work suggests the new variant spreads between 30% and 70% faster than others, and there are hints it is about 30% more deadly.

For example, with 1,000 60-year-olds infected with the old variant, 10 of them might be expected to die. But this rises to about 13 with the new variant.

This difference is found when looking at everyone testing positive for Covid, but analysing only hospital data has found no increase in the death rate. Hospital care has improved over the course of the pandemic as doctors get better at treating the disease.

The new variant was first detected in Kent in September. It is now the most common form of the virus in England and Northern Ireland, and has spread to more than 50 other countries.

The Pfizer and Oxford-AstraZeneca vaccine are both expected to work against the variant that emerged in the UK.

However, Sir Patrick said there was more concern about two other variants that had emerged in South Africa and Brazil.

He said: "They have certain features which means they might be less susceptible to vaccines.

"They are definitely of more concern than the one in the UK at the moment and we need to keep looking at it and studying this very carefully."

The prime minister said the government was prepared to take further action to protect the country's borders to prevent new variants from entering.

"I really don't rule it out, we may need to take further measures still," he said.

Last week the government extended a travel ban to South America, Portugal and many African countries amid concerns about new variants, while all international travellers must now test negative ahead of departure to the UK and go into quarantine on arrival.

EU Delegation Refutes News By A Correspondent 1 year, 2 months ago

A Deadly 'Terror' Attack In Vienna By Agencies 1 year, 11 months ago