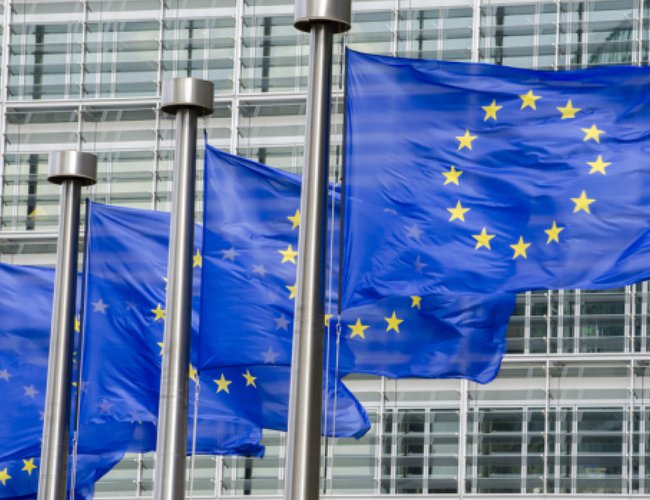 As a leading development partner of Nepal, the Delegation of the European Union to Nepal has been supporting Nepal’s social and development sector to improve the livelihood of the people living in different parts of the country.

EU’s support to education, health and environment has brought about visible changes. Its social inclusion programs have helped uplift tens of thousands of poor and marginalized communities.

At a time when Nepal faced huge shortages of medical equipment, EU came out with the largest package of support, mobilising its member states. Nepal has received all the necessary emergency medical equipment as part of the support.

Even in that context, according to a press release of EU, the attention of the Delegation has been drawn to a factually incorrect news item that can misinform the people and tarnish its image.

“EU engagement in Nepal is openly guided by national priorities, its fundamental values, adherence to the universal principles of human rights, transparency and accountability,” the press release said.

“The attention of the Delegation of the European Union to Nepal has been drawn towards a factually incorrect news item headlined ‘EU gives NPR 15 million to Rupa Sunar to Incite Ethnic Tensions in Nepal.’”

The EU Delegation to Nepal stands ready to provide further information on EU’s activities and its partnership with Nepal, the statement read.

“Our mandate in Nepal focuses on a development partnership aiming at having a common understanding on issues of mutual concern and thereby working together to help Nepal achieve the Sustainable Development Goals (SDGs) and graduate from LDC status by 2026,” said EU Ambassador to Nepal, Nona Deprez.

The European Union (EU) has established a strong relationship with Nepal since 1975 as a trusted partner and reliable friend. This relationship is not limited to extending financial support but also aims to collaborate jointly in different international fora on the issues of strategic significance and common interest, including global peace and order, stability, sustainable development, climate change, etc.

The EU strictly provides financial support to Nepal through the government treasury, multilateral agencies and Civil Society Organisations operational in Nepal through a transparent and competitive process. All the programmes outlined for the EU-Nepal cooperation adhere to ‘Leaving No One Behind’, the overarching principle of the Sustainable Development Goals, as well as realising the domestic policy provisions and the international commitments of Nepal.

The EU is founded on the values of respect for human dignity, freedom, democracy, equality, the rule of law and respect for human rights, including the rights of persons belonging to minorities, as well as peace and well-being of its peoples. These values are common to its Member States in a society in which pluralism, non-discrimination, tolerance, justice, solidarity and equality between women and men prevail. They are enshrined in the fundamental treaty of Lisbon.

Consequently, in its relations with the wider world, the Union upholds the principles which have guided its own creation, development and enlargement, and promotes its values, such as democracy, the rule of law, the universality and indivisibility of human rights and fundamental freedoms, respect for human dignity. The EU also contributes to peace, security, the sustainable development of the Earth, solidarity and mutual respect among peoples, free and fair trade, eradication of poverty, as well as the strict observance and the development of international law, including respect for the principles of the United Nations Charter and the international law.

Adhering to the principles of multilateralism, the EU abides by its international commitments including the Paris and Accra declarations, Busan platform of action in terms of supporting all developing nations. The EU shares with Nepal their common adherence to the Universal Declaration of Human Rights, based on the principle that all human beings are born free and equal in dignity and rights without any kind of distinction .

The European Union in Nepal supports combating against discrimination, promoting participation and inclusive development process and development benefits shared by all on equitable and sustainable manner. In doing so, the European Union has been consistently committed to going along with its Nepalese partners and friends in the implementation of the Constitution of Nepal, that expresses its determination to create a multi-caste, multi-lingual and multi-cultural society, by ending discriminations related to class, caste, region, language, religion and gender, including all forms of racial untouchability, .

The EU has been working together with the National Human Rights Commission and around 300 Civil Society Organizations (CSOs) for the promotion of the rights and protection of women and child rights, rights of the elderly and the marginalized communities under a rights based approach.

In general, the EU has prioritized three key areas for cooperation—Green Growth and Green Recovery, Human Capital Development and Good Governance. Adherence and respect of human rights as a driver for peace, stability and development, is a cross cutting issue for all these interventions, as well their inclusiveness.

UK Variant 'May Be More Deadly' By Agencies 2 years ago

A Deadly 'Terror' Attack In Vienna By Agencies 2 years, 3 months ago