US Carries out Airstrikes In Syria

US Carries out Airstrikes In Syria 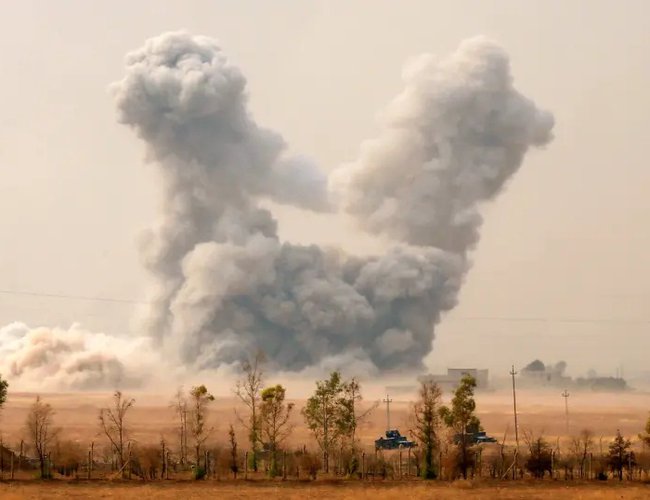 The United States has carried out airstrikes in Syria against Iran-backed militia. The strikes were a response to attacks on US personnel in Iraq.

The United States military says it carried out attacks on facilities in eastern Syria used by Iran-backed militia on Thursday, following recent rocket attacks on US troop locations in Iraq, the Pentagon said.

“These strikes were authorised in response to recent attacks against American and Coalition personnel in Iraq, and to ongoing threats to those personnel,” he said.

Kirby said the strikes destroyed multiple facilities at a border control point used by a number of Iranian-backed militant groups, including Kata’ib Hezbollah (KH) and Kata’ib Sayyid al-Shuhada (KSS). It was not immediately clear if there were any casualties.

The United States move came after an attack nearly two weeks ago on the main military base inside the airport in Erbil, which killed one foreign civilian contractor and wounded at least nine others, including an American soldier. Foreign troops deployed as part of the US-led coalition that has helped Iraq fight the armed group ISIL (ISIS) since 2014, are stationed at the site.

A shadowy group calling itself Awliya al-Dam – or the Guardians of the Blood – claimed responsibility for the attack and said it would continue to attack “occupation” American forces in Iraq.

The Pentagon statement described the US military response as “proportionate”, co-ordinated with diplomatic measures and carried out in consultation with coalition partners.

Abe's State Funeral To Be Held On Tuesday By Agencies 1 day, 8 hours ago

US-South Korea To Stage Joint Military Ddrills With Nuclear-powered US Carrier By Agencies 2 days, 8 hours ago

South Korea On Alert For Signs Of North's SLBM Launch By Agencies 3 days, 8 hours ago

Russian Officials Prepare To Hold Referendums In Ukraine By Agencies 5 days, 8 hours ago