No matter whether a country is rich or poor in economic status, uncontrolled forest fire has damaged a lot. One of the examples is Australia’s unprecedented wildfire that has caught global attention during 2019-2020, also called Black summer. 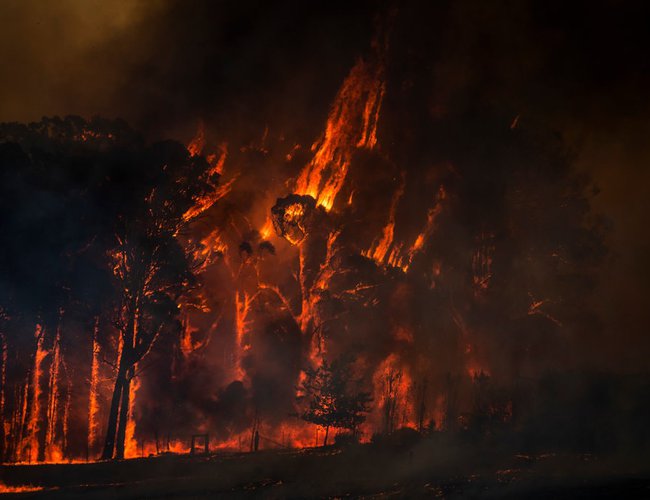 In general, to understand the forest fire, one should know the Fire-Triangle. Fire-triangle incorporates oxygen, fuel and ignition source. These three components are interlinked with each other. It is almost impossible to control oxygen in natural environment. Hence, if someone would like to prevent and control fire, fuel or dry burning materials and ignition sources should be managed whether at urban or rural areas or in the forest. 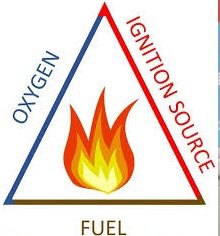 Uncontrolled wildfire or forest fire is one of the most alarming forest disturbances,that is happening frequently and intensively in recent years. It has caused many human/ wildlife casualties, loss of biodiversity, high degree of environmental damages and health hazard, and has also attributed to increase in significant amount of Green House Gases emission, thus accelerating climate change. A number of researchers have claimed that the major causes of fire are carelessness, unsustainable management of the forests and variation in climatic variables.

No matter whether a country is rich or poor in economic status, uncontrolled forest fire has damaged a lot. One of the examples is Australia’s unprecedented wildfire that has caught global attention during 2019-2020, also called Black summer. As of 9 March 2020, the fires burnt an estimated 18.6 million hectares (46 million acres; 186,000 square kilometres; 72,000 square miles), destroyed over 5,900 buildings (including 2,779 homes) and killed at least 34 people. Nearly three billion terrestrial vertebrates alone – the vast majority being reptiles – were affected and some endangered species were believed to be driven to extinction. At its peak, air quality dropped to hazardous levels in all southern and eastern states. By 7 January 2020, the smoke had moved approximately 11,000 kilometers (6,800 mi) across the South Pacific Ocean to Chile and Argentina. As of 2 January 2020, NASA estimated that 306 million tonnes (337 million short tons) of CO2 had been emitted.

In Nepal, almost all forest fire events observed due to human negligence and carelessness during dry season every year - February to June. One of the worst forest fires caused casualties of 49 people including 13 Nepal Army personnel in Ramechhap district of Nepal in 2009. In 2016, wildfire incidence was remarkably higher resulting loss of about 268,618 hectares of forest cover across during the months of January-May. Bus parks or stops along the highway forest have become hot spot of forest fire because of passenger's negligence. One of the examples of this kind was observed recently by the author between Hetauda to Pathlaiya roadside forest, of Bara district, despite of the barbered-wire fencing. 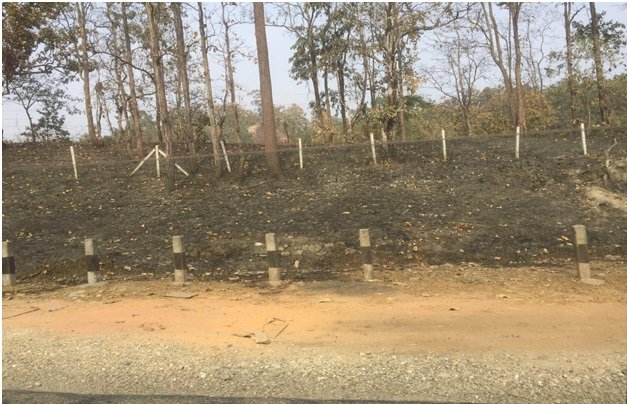 Figure 2: Recently burnt forest along the Highway in Bara district of Nepal

In human resource management, fire means to terminate the employment contract of an employee. This concept is also applicable in forestry. To transfer the human resource management concept in forestry, the government has promulgated forest fire management strategy in 2010 to fire the uncontrolled forest fire. It has a vision ‘to safeguard life and properties, to protect environment and to provide livelihood supports to the local communities’. Some preventive measures are being adapted and fire control tools and equipment have been purchased. Exemplary initiative was taken by Sunder Community Forest User Group of Hetauda of Makawanpure district of Bagmati Province by preparing forest fire management plan.

Global warning has become one of the causes of forest fire. Due to climate change, fire hazard has been increasing day by day. If this kind of human and climate induced wildfire continue/happen in coming days in Nepal, there will be significant increase in human loss as well as loss of forest coverage. These will ultimately have impact on wildlife habitat, biodiversity, environment including public health. Therefore, the government should play vital role in climate action as well as to prevent and control uncontrolled forest fire through various means.

The pro-verb "prevention is better than cure" is useful in forest fire events. Pre fire, during fire and post-fire management are key stages to be understood by managers of forests for managing uncontrolled forest fire in the forests. Most of the accessible forests of Nepal are being managed by forest users. Hence, the pre-fire actions are to be carried out by the forest users through forest user committee in financial and technical support of forest divisions. Awareness campaign at forest users level, municipality level, district level prior to the fire season to fire (dismiss) the uncontrolled forest fire is must. Forest fire management chapter in every forest operational plan must be incorporated. Each forest user committee should mobilize equipped forest fire prevention patrolling team so people with bad intension and carelessness will be punished. Each forest must be divided into very sensitive, sensitive and normal forest fire hazard categories and based on these the teams should monitor the hot spot regularly. Construction of forest fire control line is urged based on the topography and existing trails. Further, establishment of forest fire management information system right from forest user group level to division, district, provincial and federal level. Each year weekly forest fire management awareness program should be organized prior to forest fire season at forest user group, division and district level.

If forest fire occurs, a healthy, well trained and equipped team must be mobilized in each event. Otherwise fire fighters will lose their life. There must a commander for controlling forest fire. The team work can stop the forest fire without losing their life. As we know that uncontrolled forest fire is also like a man who has head, leg and arms. The fire fighter must attack leg and arms first and then head of forest fire. The team must be aware about the topography, aspect, wind and burning materials types and condition as well have knowledge of water source near by the site. Post-forest fire covers as assessment of loss of human life and property, economy, floral and faunal diversity, ecosystems and other aspects based on the site conditions. Based on the assessment reports, rehabilitation plan must be prepared and actions must be taken for making greenery of the site as soon as possible.

(*Mr. Paudyal is a freelance forester can be reached at bijayarajpaudyal711@gmail.com)

Refugees In Nepal: Recognition And Inclusion By Deepesh Das Shrestha 2 days, 1 hour ago

Nepal’s 2022 elections: a step towards democratic consolidation? By Sovit Subedi and Bishnu Adhikari 3 days ago

Political Rise Of The Alternatives As Loktantra Decays By Dipak Gyawali 5 days, 2 hours ago