In fact, biodiversity is key not just to live on Earth, but to economies and cultures. For the poor, who often depend directly on land and sea for subsistence, biodiversity has been taken literally a lifeline 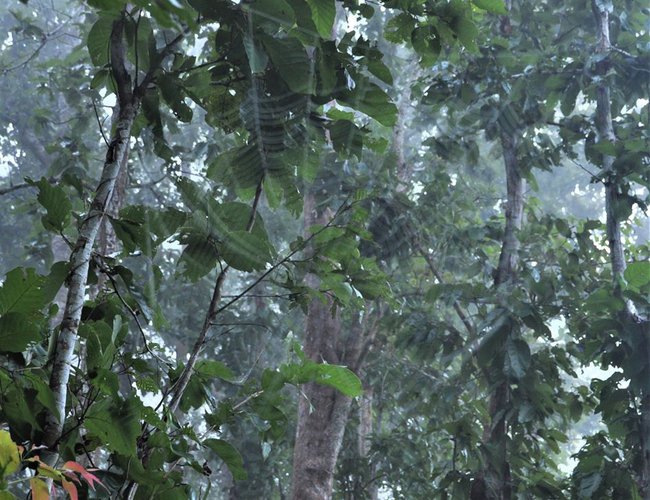 Sustainable development Goals urge for conservation of life on land and seas. Biodiversity is the basis of sustainable future. Twenty years after Stockholm Conference, world community met in Earth Summit and adopted UN Convention on Biodiversity (CBD) to protect, conserve, wise-use and share equitable benefits of biodiversity. To commemorate the CBD text agreed date (22May), we celebrate International Biodiversity Day. It alerts us to act locally based on national and global commitments through appropriate slogan, like for 2021 "we are part of the solution". The slogan posits that if we want future sustainable, we must solve the challenges of biodiversity by establishing payment for gene conservation system.

Estimation of biodiversity is a challenging task. Globally, scientists have estimated the biodiversity and ranked the each country accordingly. There are around 8.7 million species of plants and animals in existence. However, only around 1.2 million species have been identified and described so far. This means that millions of other organisms remain a complete mystery. In this journey, Nepal is ranked 25th and 11th positions in terms of richness in biodiversity in the world and Asia, respectively. Since time immemorial, Nepalese people have been locally using plants and animals which are even inspired by Ayurveda.

In fact, biodiversity is key not just to life on Earth, but to economies and cultures. For the poor, who often depend directly on land and sea for subsistence, biodiversity has been taken literally a lifeline.On the other hand, the ever-growing competition among greedy traders to grab the resources have increased pressure on biodiversity whose foot prints can be seen in the global market. Increasing human as well as climate induced disasters have created irreversible impact on biodiversity. Moreover, biodiversity has been utilized without compensating or paying value of genes to the indigenous peoples and local communities (IPLCs)who are protecting it. We are allocating fund for road construction, therefore we must allocate sufficient fund for biodiversity, especially for gene conservation.

To combat the unprecedented biodiversity loss, national and international communities joined hand together and made conducive environment for its conservation. After twenty years of UN Environment and Development Conference in 1972 at Stockholm, Sweden, the UN Conference on Environment and Development, also called Earth Summit, organized in Rio de Janeiro, Brazil from 3-14 June in 1992. UN Convention on Biological Diversity was opened for signature on 5 June 1992 and entered into force on 29 December 1993. It has two supplementary agreements, the Cartagena Protocol on biosafety (adopted on 29 January 2000 and entered into force on 11 September 20003) and Nagoya Protocol. The Nagoya Protocol on Access to Genetic Resources and the Fair and Equitable Sharing of Benefits Arising from their Utilization to CBD is an international agreement which was entered into force on 12 October 2014, 90 days after the date of deposit of the fiftieth instrument of ratification.

UN declared 2010 as International Year of Biodiversity. It reminded us that we should learn more about the health of planetary system as well as human wellbeing and a change for all of us. With the slogan "Living in harmony with nature" the UN decided to celebrate UN Decade on Biodiversity 2011-2020. In 2010, Parties to the UNCBD adopted the Strategic Plan for Biodiversity 2011–2020, a ten-year framework for action by all countries and stakeholders to safeguard biodiversity and the benefits it provides to people. As part of the Strategic Plan, 20 Aichi Biodiversity Targets were adopted. To adopt a post -2020 global framework, governments are preparing in 2021 at the CBD Conference of the Parties (COP 15) in Kunming, China.

One of the Nepal's efforts was to develop "National Conservation Strategy" in 1988which focuses on preservation of biological diversity. In 2015, a new version of conservation policy entitled "Nature Conservation: National Strategic Framework for Sustainable Development "was developed for integrating conservation mission into all sectors like infrastructure development projects.

Nepal submitted a status report to UNCBD Secretariat, 6thNepal's Sixth National Report on CBD in 2018 December which covered the progress against 20 Aichi Biodiversity Target including ABT 16, Access and Benefit Sharing (ABS) of genetic resources. Although an initiation of drafting law was started in 2000 in Nepal, still the government is with ABS Bill on hand. Nepal accessed to the Nagoya Protocol on August 29, 2018 by the House of representative and September 11, 2018 by National Assembly of Nepal. Nepal's Post-2020Biodiversity Strategy needs to be formulated soon with proper attention on biodiversity financing.

Nearly half decade (1972-2021)of Nepal's efforts on biodiversity conservation need to be result-oriented in post- 2020 decade. Until and unless the ABS bill come into effective, IPLCs or gene conservationists at the groundcan't be benefited with Nepal's rich biodiversity. Utilization and trade of fauna and flora at present must be transparent and technically sound. Biodiversity Financing is urged at national and international level. Concerned authorities must join hands to make sustainable future by combating the loss of genetic diversity from forest fire, illegal harvesting of medicinal and aromatic plants and poaching of wildlife, haphazard infrastructure development on wetlands and forest land, invasive species, floods and landslides as well as adopting climate change impact in Nepal.