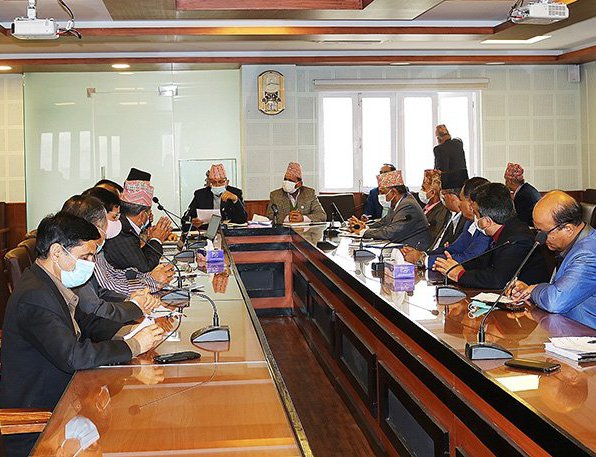 President of the Association of Municipalities of Nepal Ashok Kumar Byanju Shrestha said though the constitution of Nepal has delegated the right of education up to secondary level to local government, federal government has been taking all decisions about secondary education.

Speaking at stakeholders meeting organied by the Ministry of Education, Science and Technology (MoEST), he said that local governments are capable to decide about school operation and closure where the COVID-19 has impacted. The centre has no right to close all schools at one go, he added.

In a meeting called other stakeholders oppose the move to close school operation following the increasing spread of COVID-19. Representatives of school operators, local governments, guardians, teachers and others stated that the closure of educational institutions should not be made the last resort.

Education Secretary Ram Prasad Thapaliya and Education Ministry Spokesperson Deepak Sharma said that the media were disseminating false news that there had been recommendation for closure of schools.

Baburam Thapa, teachers' leader, said that the situation outside the valley was not dire, therefore the local governments should coordinate in the affected areas.

Speaking on the occasion, Tikaram Puri, president of Private and Boarding School Organisation Nepal (PABSON), said, "It is no time to close schools, academic activities can be continued by conducting classes in two shifts.”

He also said local governments should decide whether to operate or close schools according to the situation.

DK Dhungana, co-chair of the PABSON, complained that the frontline teachers were not given priority for vaccinations and argued that there was no need to close schools immediately.

Secretary at the University Grants Commission Shankar Prasad Bhandari said that they would themselves decide about the closure of the university if the situation worsened.