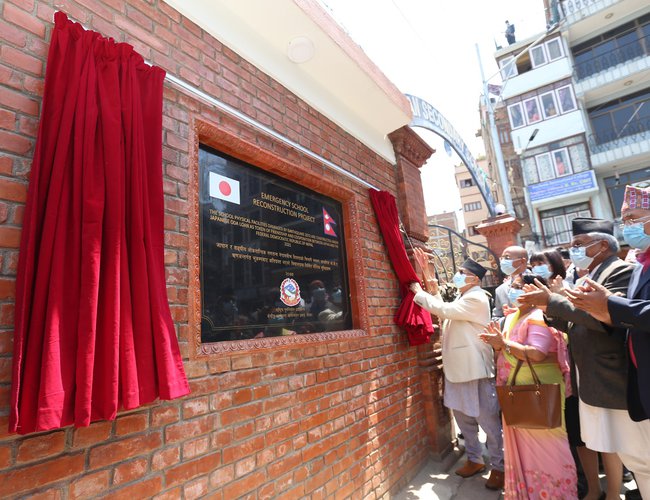 The Handover Ceremony of the reconstructed Patan Secondary School took place in Patandhoka, Lalitpur District on April 9 . The school was severely damaged by the 2015 Gorkha earthquake but completely reconstructed under the Emergency School Reconstruction Project (ESRP). 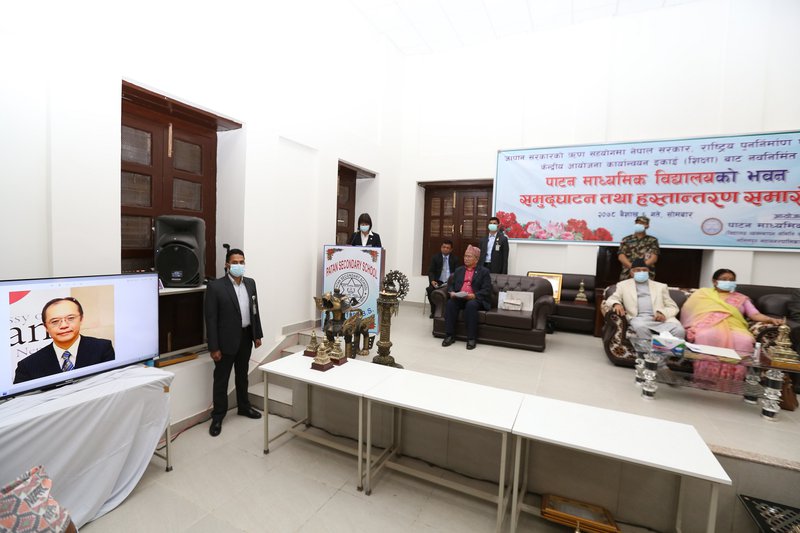 The Government of Japan, which has been supporting ESRP, is pleased with the completion of the reconstructed school, one of many schools reconstructed under the project.

On the occasion, Ambassador of Japan to Nepal, KIKUTA Yutaka sent his congratulatory message to the Government of Nepal and all the people who are working so hard in ESRP, as well as the people related to Patan Secondary School. 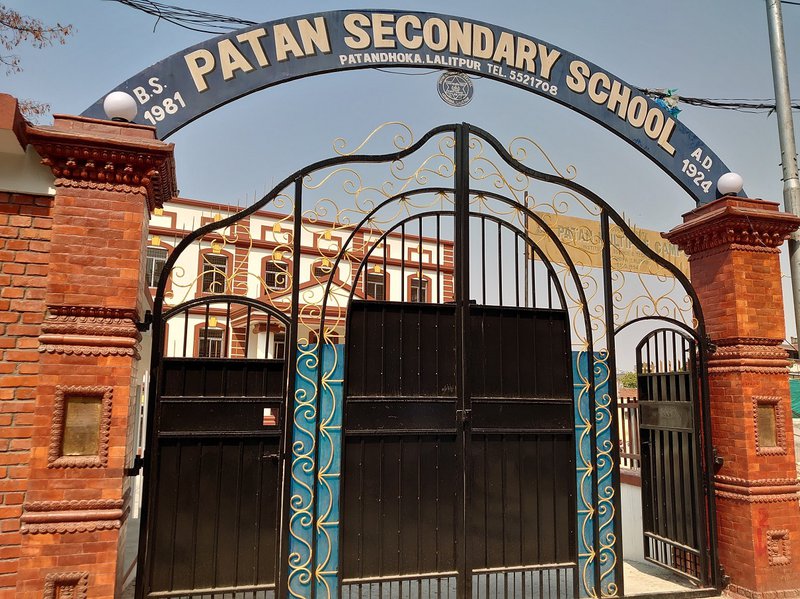 By the end of March this year, the reconstruction of 215 schools were completed in the most affected 6 districts, namely, Lalitpur, Dhading, Nuwakot, Rasuwa, Gorkha, and Makwanpur. Patan Secondary School is one of those completed schools. Japan is a country which keeps her word. In addition to the originally targeted 236 schools, 38 more schools were included. Therefore, under this project, 274 schools in total will be reconstructed by November 2022. ESRP aims not only to rebuild and retrofit schools but also to build back even better under the Build Back Better concept. It contributes to the improvement of education services and earthquake resilience for sustainable socioeconomic growth. Patan Secondary School is the second oldest school in Nepal.

The new school building inherits a beautiful design from its historical motif. It was reconstructed with the concept of “Build Back Better” and “Child, Gender and Disabled (CGD) Friendly.” Necessary facilities such as classrooms, laboratories specializing in physics, chemistry and biology, a library, computer rooms and even toilets, will help students obtain quality education.

As memories of school days last a lifetime, the Embassy of Japan in Nepal hopes that this new school building will make the students feel safer during their school time and focus on their studies without any fear. It may also serve as an evacuation shelter in the community during any future natural disaster. The Embassy of Japan in Nepal hopes ESRP will further strengthen the relationship between Japan and Nepal, and deepen the people-to-people friendship in the two countries.