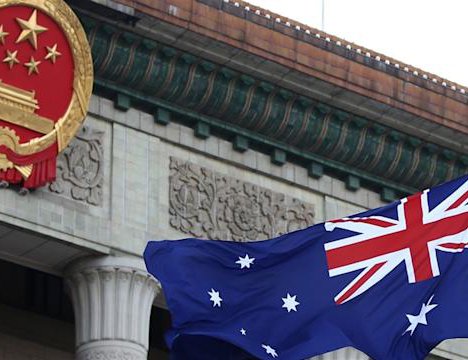 Australia appears set to cancel two agreements sealed between its state of Victoria with China on cooperation with Beijing's Belt and Road initiative.

Foreign Minister Marise Payne on Wednesday released a statement advising that a 2018 memorandum and a 2019 agreement sealed between the government of Victoria and China be canceled.

The statement says Payne considers these arrangements to be inconsistent with Australia's foreign policy or adverse to the nation's foreign relations.

The announcement comes as a new scheme came into effect in Australia last year enabling the federal government to review deals reached with other nations by the country's states and municipalities.

Ties between Australia and China have soured after Australia called for an independent investigation into the origin of the coronavirus last year.

The Chinese Embassy in Canberra released a statement the same day, calling the move "another unreasonable and provocative move taken by the Australian side against China."

Payne's statement also calls for agreements signed between Victoria and Iran, as well as Victoria and Syria, to be terminated.

Ukraine welcomes US Offer Of Long-Range Rockets By Agencies 4 hours, 20 minutes ago

US Shoots Down China's Balloon, Says Defense Department By Agencies 4 hours, 35 minutes ago