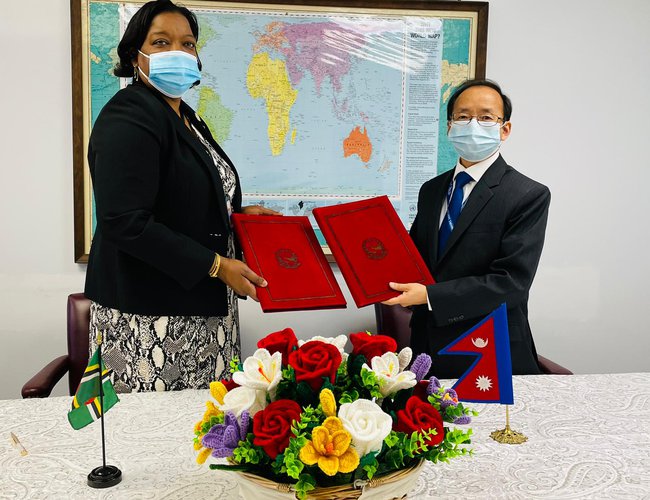 The two Ambassadors jointly informed His Excellency António Guterres, Secretary-General of the United Nations, about the establishment of diplomatic relations through a joint letter.

On the occasion, the two Ambassadors discussed the ways and means to further expand the bilateral relations between the two countries for their mutual benefit.

The Commonwealth of Dominica, a small island and mountainous country with an area of 750 sq. KM and population of approximately 75,000, is known as “The Nature’s Island of the Caribbean”.

It became member of the United Nations on 18 December 1978.

Both Nepal and Dominica are the members of G77 and Non-Aligned Movement.

One Died And Scores Of Building Damage In The Bajura Earthquake By Agencies 3 days, 6 hours ago