Game On For TMC In Bengal 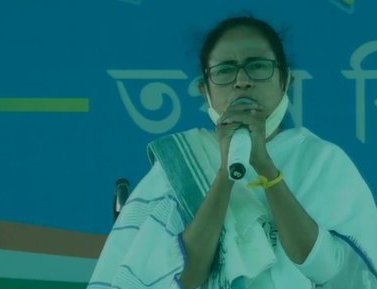 A wrap to the election season in India with the Trinamool Congress (TMC) securing 213 seats out of 292 in the West Bengal Legislative Assembly. With this, the TMC has come to power for the third consecutive time in the state in from highly competitive election. The BJP despite its loss gained over 70 seats increasing its tally to 77 from 3 in the 2016 elections. The major reason for this election being sensational was that PM Narendra Modi has invested a lot of his time and energy in the state conducting over 20 rallies. The whole well-oiled election machinery of the BJP was deployed in West Bengal with over a dozen of MPs, Ministers and CM of U.P Yogi Adityanath. Seems like “all the king's horses and all the king’s men couldn’t put Humpty together again”. But despite all its efforts, the BJP could not cross the 100 mark as predicted by electoral strategist Prashant Kishor.

The TMC on the other hand despite huge anti-incumbency due to two consecutive terms, widespread allegations of corruption, i.e. ‘Cut-Money’ and minority appeasement policy managed to secure a thumping majority.

The elections were held over eight phases for 45 days from the 27th of March till the 29th of April. The results of the election were announced on the 2nd of May. The Election Commission received extensive criticism for scheduling the elections in such a manner during the pandemic. Some argue that such a schedule was made as per the suitability of BJP, as it is observed that elections were scheduled in a way that would build momentum for the BJP.

Here are the major reasons for the success of TMC in winning their third election and effectively preventing the BJP from winning the fortress of the east.

The primary reason for the BJP’s defeat is the lack of a credible state leader. They had a plethora of leaders active in the state, the BJP was unable to project a leader as the upcoming CM. This proved to be disastrous against Mamata Banerjee, who was a fierce leader, enjoying enormous popularity throughout the state. Although it has been BJP’s strategy to play on the popularity of PM Modi, this tactic did not seem to work in Bengal, for the people of Bengal are politically aware and have an idea that Modi will not be governing them from Delhi it is the CM who would be doing so. It was a straight-up loss for the BJP as Dilip Gosh, Mukul Roy or Swapan Dasgupta were of no match against the persona of Mamata Banerjee

As one can observe from the election results that Muslims who have traditionally supported Congress and TMC have completely abandoned Congress these elections and sided with the TMC. TMC has swept elections in all the districts that have over 30% of the Muslim population. The rhetoric built against the Citizenship Amendment Act and National Register of Citizens worked in favour of the TMC further consolidating the Muslim votes against the BJP. Further, the Hindu-Mulsim polarisation which the usually BJP’s trump card was counterproductive in Bengal, as it resulted in a reverse polarisation of the Muslims and Hindus could not be consolidated due to their traditional allegiances. A weak Congress leadership was also responsible for the easy transfer of vote from Congress to TMC.

As the BJP came in Bengal with its Hindutva ideology, the TMC which was a liberal party had to adopt an ideological standpoint. In Bengal, this ideology comprised of Bengali regionalism or nationalism. They tried invoking the teaching of great philosophers like RamkrishnaParamhansa, Swami Vivekanand, Aurobindo Ghosh and Rabindranath Tagore and created their brand of nationalism tailor-made for the people of Bengal. This prohibited the BJP from using its trump card that of Hindu nationalism. TMC was successful in shielding its voters from the larger-than-life idea of Hindutva by reminding them of their regional history and invoking regional cohesivity.

Mamata Banerjee was able to consolidate women as a class of voters. State government schemes like Kanyashree i.e., educational grant for women and Rupashree i.e., marriage grant for women have had a positive impact on her electoral gains. Mamata Banerjee’s persona of a fighter, taking a dig at patriarchy and empowering fellow women has further created an environment of trust and respect for her. A blunder by the PM by making the infamous “Didi-o-Didi” further antagonised the women voters, as it was construed as cat-calling and TMC did well in holding onto it the entire campaign. Electoral campaigns/slogans like Bangla NijerMeyekeiChay meaning Bengal wants its own daughter were further icing on the cake and proved to be a success on the ground.

This was a campaign initiated by the TMC in 2020 where there was a doorstep delivery of government services, basically issuance and delivery of documents such as ration cards, caste certificates and income status cards etc. Home delivery of government services was something unexpected and resonated very well with the people. Further, during the pandemic, these documents were the basis on which people were provided free ration by the government. This proved to be the most crucial and conclusive campaign for the TMC.

In all fairness, the elections might have been a challenge but a greater test awaits Mamata Banerjee of managing the Covid-19 crises in West Bengal. Furthermore, the raging post-electoral violence has claimed the lives of 14 people. Let us hope that she is able to handle the crises with the same energy and zeal that she fought the elections.