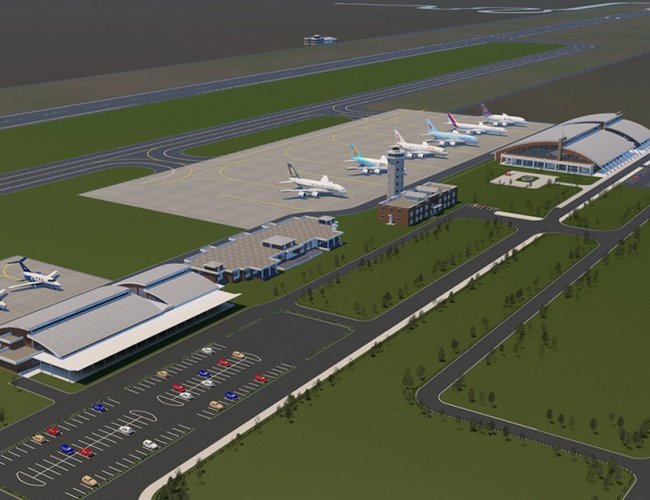 The Gautam Buddha International Airport (GBIA) is preparing for calibration flight to test runway, tower and other equipment used at the airport reports The Rising Nepal.

Prabesh Adhikari, Project Chief of GBIA, said that about 120 workers are still working at the site. Due to the pandemic, they all kept inside the construction site, said. He said that the workers include 20 Chinese, 18 Indian and more than 80 Nepali nationals.

Adhikari said that at present departure and arrival section interior decoration, furnishing, false ceiling and air condition installation were in progress and that works like gardening, landscaping, painting and marking were completed.

"Except for an x-ray machine, there is nothing that needs to be imported from abroad," he said.

Chief of GBIA Construction Project, ICP 2, Prabin Neupane said that airplane should be brought to the newly built airport that would be second international airport in the country after the Kathmandu-based Tribhuvan International Airport.

According to him, work of installing equipment in the tower, runway and other areas was completed. "We were making preparations for the calibration flight but with the increased risk of COVID-19 pandemic, it is stalled for now.

EP DELEGATION Visit For Cause By A Correspondent 2 days, 8 hours ago