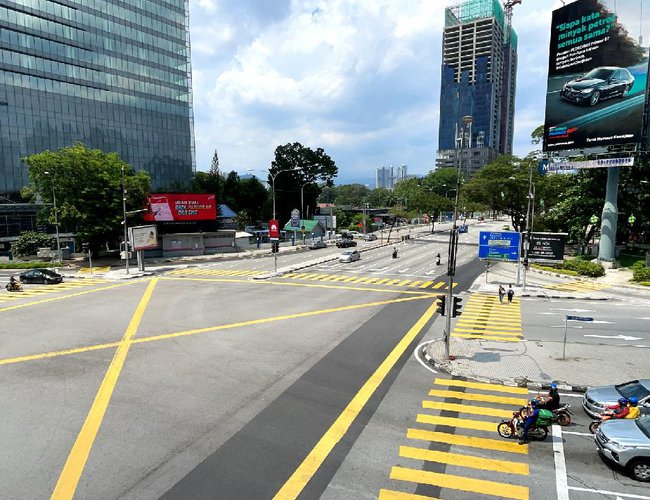 Malaysia will enter a full nationwide lockdown from June 1 to 14 due to a surge in coronavirus cases.

The Prime Minister's Office made the announcement on Friday. It says economic activities will be restricted, except for essential services, and that it will later announce which specific sectors will be affected.

It also says the government intends to relax the lockdown in stages, if the spread of the virus is curbed to some extent.

New cases in Malaysia have exceeded 6,000 per day since mid-May. New variants are believed to be spreading.

The situation has shown no sign of abating, despite a ban on dining in restaurants and traveling between states since May 12.

An Oxford University study shows that Malaysia had 211 daily new infections per one million people on a rolling seven-day average, as of Wednesday. The figure compares to 165 in India.

Zelenskyy Meets With EU Leaders By Agencies 19 hours, 16 minutes ago