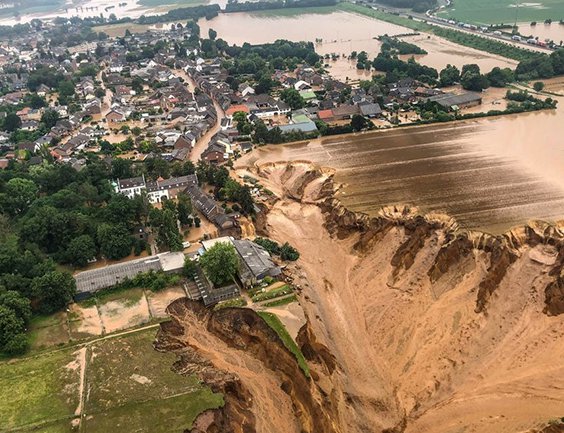 A search effort is underway in Western Europe to find people missing after major flooding hit the region. The floods killed more than 120 people.

The western German state of Rhineland-Palatinate was hit by floods after heavy rain on Wednesday and Thursday. The state government said at least 105 people died and many are still missing.

About 15,000 police officers, soldiers and emergency workers joined the search.

A local resident said the situation is terrible and that it is sad to see everything you have built up destroyed by the flood.

German Chancellor Angela Merkel said during a visit to the United States on Thursday that her thoughts are with the people in the affected areas.

German President Frank-Walter Steinmeier said the only way to keep these kinds of extreme weather conditions in check is to take up the fight against climate change decisively.

The floods inundated areas of Belgium and the Netherlands as well. Authorities in Brussels said at least 20 people died. They announced that Tuesday will be a national day of mourning. They also said that they would tone down festivities for Belgian National Day on Wednesday.

Japan To Lower COVID-19 Classification On May 8 By Agencies 3 hours, 47 minutes ago