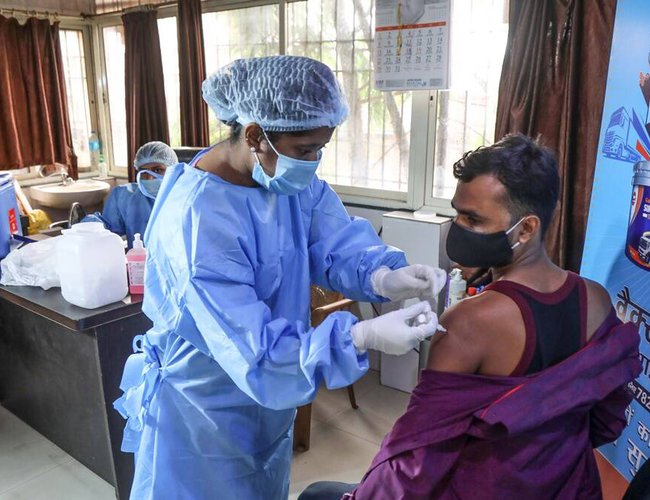 The Centre on Tuesday said though the overall Covid situation has stabilised in the country now, the rising reproductive number in some states remains an area of key concern.

It added that the R-number, a key metric measuring how fast the pandemic is spreading, is now above 1 in five states — Himachal Pradesh, Punjab, Gujarat, Madhya Pradesh, and Uttar Pradesh.

A value of 1 means every infected person, on an average, is transmitting the disease to one more person. A value greater than 1, therefore, means the pandemic is in an ascendant phase, and that cases will rise.

The government further said that 44 districts across 11 states and UTs are still reporting a weekly positivity rate of more than 10 per cent. Over the last two weeks, 37 districts across nine states, including Kerala and Tamil Nadu, are showing rising trend in daily cases, it said.

The situation in Kerala still remains a matter of concern as the state contributed 51.51 per cent of total Covid cases recorded in the country in the past seven days.

“A central team was sent to Kerala to see how the ‘test-track-treat’ strategy is being implemented. The other things that the team was tasked to oversee were surveillance of containment zones, the infrastructure of hospitals, and the progress of vaccination,” NCDC Director Dr SK Singh was quoted as saying by news agency ANI.