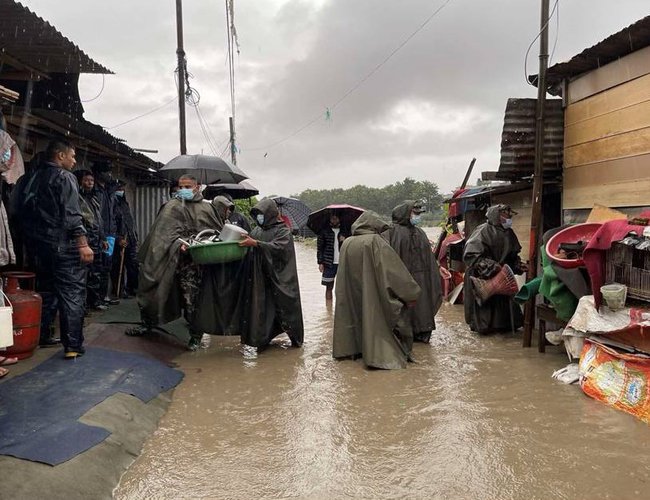 As Incessant Rainfall Inundates Settlements In Kathmandu valley inundating houses, Nepal Army mobilized its rescue team to save the property and life of the people in flood-affected areas.

Due to heavy rains of overnight, various places in the Valley have been inundated due to the flooding in the rivers caused by incessant rainfall from last night.

Rivers including Bagmati, Bishnumati, and Dhobikhola in Kathmandu have swollen as the rainfall has not stopped yet.

According to Nepal Army, settlements around Dhobikhola, Sundarighat, and Bagmati River have been inundated.

Heavy and record-breaking downpour in the Kathmandu Valley since Sunday midnight affected normal life as over 800 houses close to rivers got inundated.
Although no human casualty was reported, many houses and a lot of property have been damaged, according to Nepal Police Headquarters.
The rain inundated the settlements along the banks of the Bagmati, Bishnumati, Hanumante, Manohara, Dhobikhola, Balkhu-Tukucha river. The police said flood entered in around 882 houses in Kathmandu, Bhaktapur and Lalitpur districts.
According to Kathmandu Police Chief and Senior Superintendent of Police (SSP) Ashok Singh, 382 houses were inundated in Kathmandu and 138 people were rescued.

In Bhaktapur, 500 houses of landless squatters were inundated along the Manohara riverside of Madhyapur Thimi Municipality-1. Over 150 people affected by the flood have been rescued, according to NDRRMA.
Continuous rains have also affected Kalimati Fruit and Vegetable Market after the Bishnumati River entered the area at around 4:30 am on Monday, SSP Singh said. Details of the losses of vegetables and property damaged there area are yet to come.
Raj Kumar Rai, a shop owner at Kalimati Market, said that property worth Rs. 20 million was damaged when 250 stalls of the market submerged.
Similarly, floods in the Balkhu-Tukucha river also affected the life of people residing along the riverside, said police.

Although no human casualty was reported in Kathmandu Valley, landslides and floods triggered by continuous rains took six lives and injured four in different parts of the country on Monday.
Monsoon-induced disasters triggered by heavy rains in Rolpa, Makwanpur, Jajarkota and Pyuthan districts after heavy rains took six lives, according to an update of the National Disaster Risk Reduction Management Authority (NDRRMA) as of 5 pm Monday. 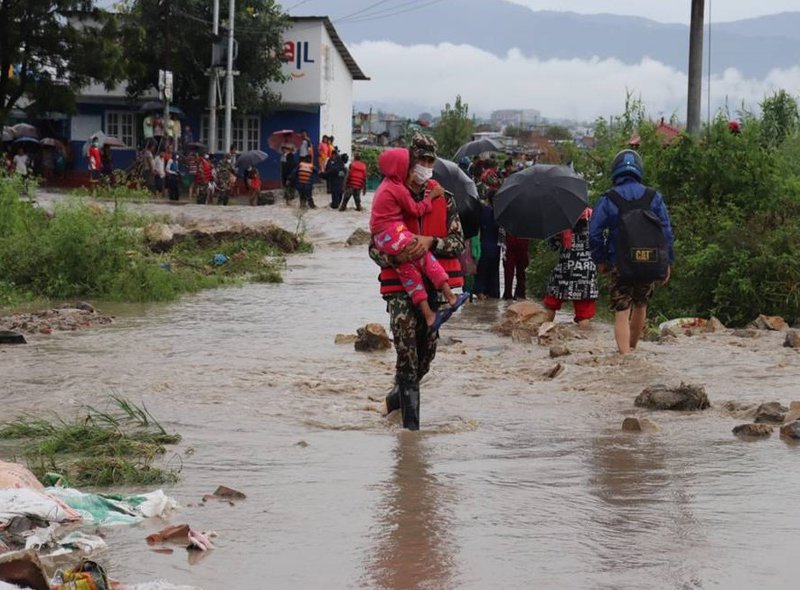 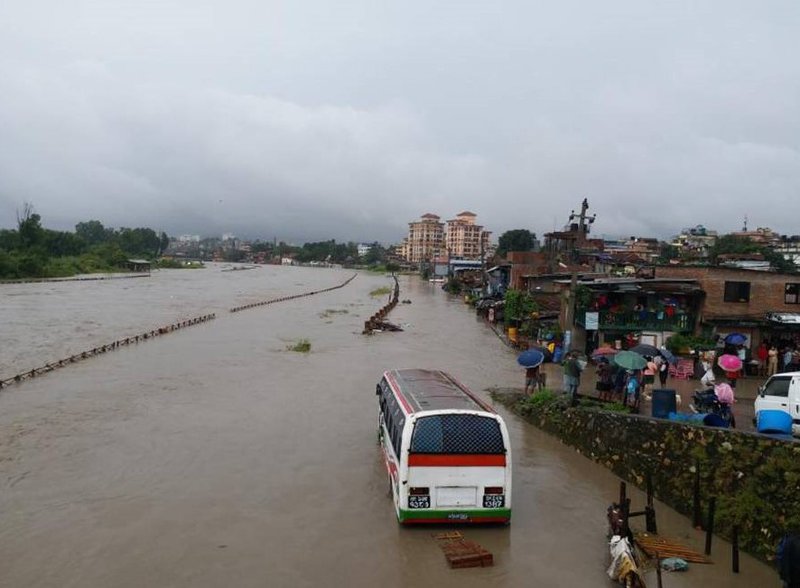 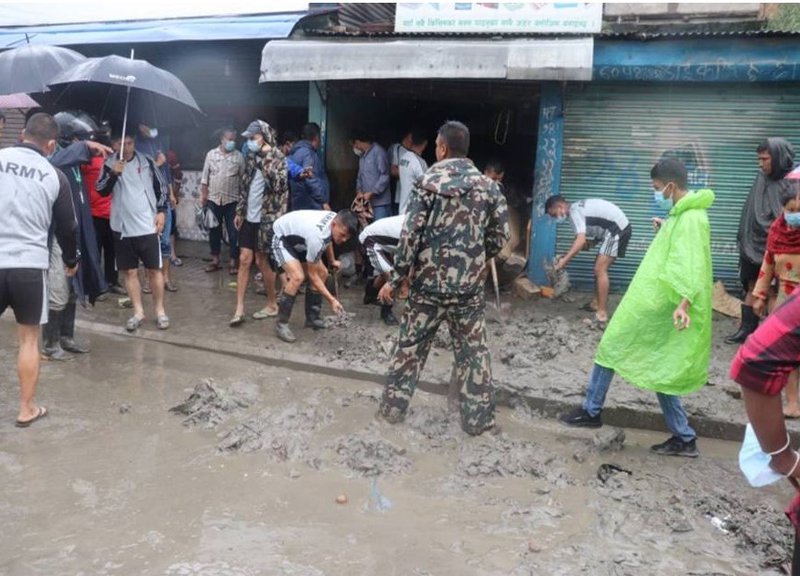 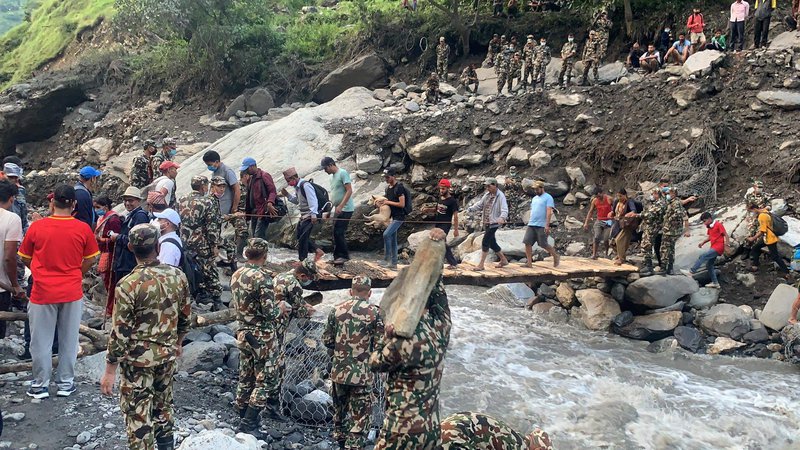 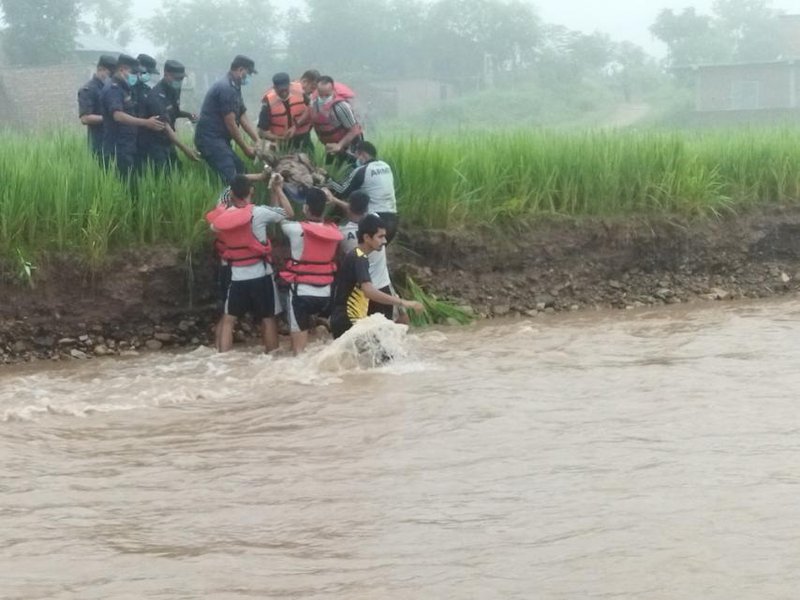 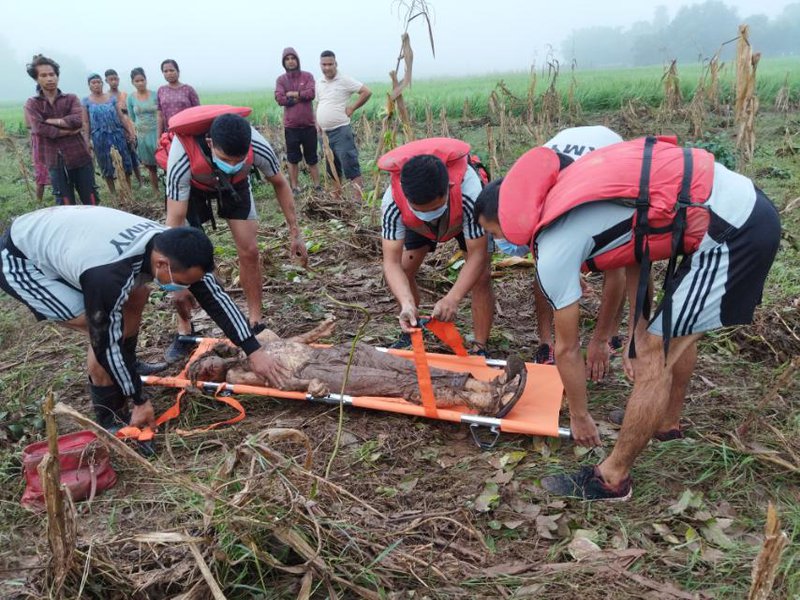