Change Of Power In Afghanistan Not Inclusive: Indian PM Modi At SCO Summit

Modi said the recent developments in Afghanistan will have the greatest impact on neighbouring countries like India and added that there was a need for regional focus and cooperation on the situation in the country. 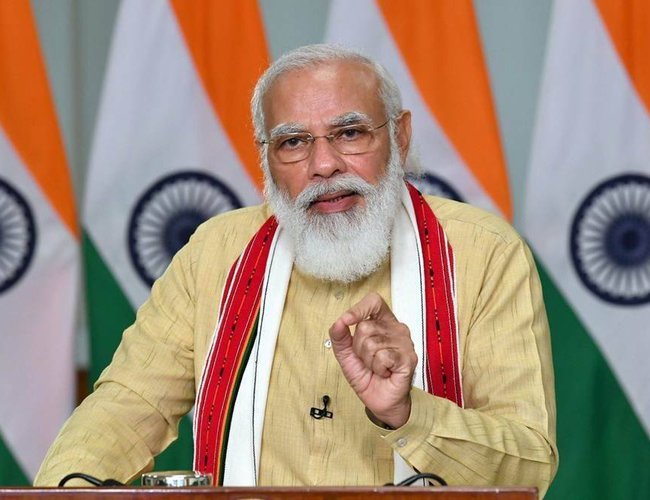 Prime Minister Narendra Modi Friday said the recent developments in Afghanistan will have the greatest impact on neighbouring countries like India and added that there was a need for regional focus and cooperation on the situation in the country.

Addressing the virtual Shanghai Cooperation Organisation (SCO) summit, Modi warned that continued instability and fundamentalism in Afghanistan would encourage terrorist and extremist ideologies all over world.

“Other extremist groups can also be encouraged to gain power through violence,” he said, adding the change of power in Afghanistan is not inclusive and has happened without negotiation.

The prime minister also flagged his concerns over the serious humanitarian crisis unfolding in Afghanistan, noting that the economic woes of the Afghan people are increasing due to the blockage in financial and trade flows. He also pointed out that the developments in the country could lead to an uncontrolled flow of drugs, illegal weapons and human trafficking.

“A large amount of advanced weapons remain in Afghanistan. Due to these, there will be a risk of instability in the entire region,” Modi said.

Further, PM Modi called upon the world leaders to ensure that humanitarian aid reaches Afghanistan in an unhindered manner.

At the summit, the prime minister also called for developing a template by the SCO to effectively deal with the challenges of extremism and radicalisation

“The 20th anniversary of SCO is right time to think about future of SCO. The biggest challenges in this area are related to-peace, security and trust deficit. And root cause of these problems is the increasing radicalisation. Recent developments in Afghanistan have made challenge posed by radicalisation more clear. The SCO should develop a shared template to fight radicalism and extremism,” Modi said.

China Partially Lifts Lockdown In Southern City of Guangzhou After Protests By Agencies 3 days, 2 hours ago

Beijing Grapples With 'Zero-COVID' Unrest By Agencies 5 days, 2 hours ago