China Criticizes Quad Ahead Of Summit

China Criticizes Quad Ahead Of Summit 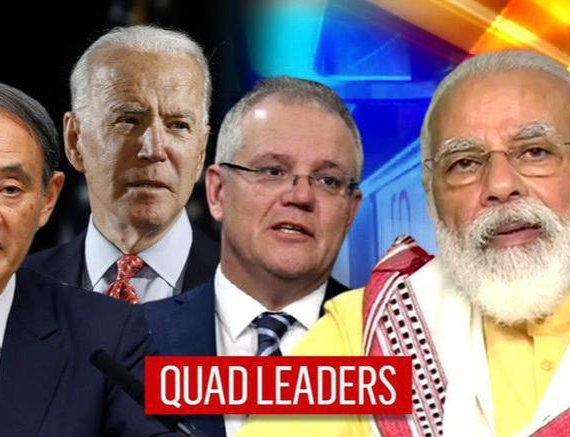 China has criticized the upcoming four-way summit of the United States, Japan, Australia and India, claiming that the regional group is targeting China.

Chinese Foreign Ministry spokesperson Zhao Lijian spoke to reporters about the Quad alliance on Friday, a day before the leaders of the four countries meet in the US.

Zhao said no regional cooperation mechanism should target another country or undermine its interests. He said forming an exclusive small circle targeting other countries runs counter to the trend of the times, and cannot win support.

Zhao stressed that it is obvious to everyone that China has defended peace, stability and prosperity of the world and the Asia-Pacific region.

He added that relevant countries should view China's development correctly.

The Global Times newspaper, which is affiliated with the Chinese Communist Party, carried an editorial on Friday titled, "Quad mechanism turning into 'sinister gang of Indo-Pacific.'"

It says the purpose of the mechanism is to "encircle China." It says even if it "may form a siege of China," it "will never block China's long-lasting development and rise, or Chinese people's diligence and resolve to make progress."

The article warns Japan, India and Australia not to follow the US too far in confronting China, saying it "will not hesitate to punish them" once they "step on the red line of China's core interests."

Leaders of Japan, the United States, Australia and India are set to meet at the White House on Friday for the first in-person summit of the Quad framework.

A senior US government official said on Thursday that the challenges of the 21st century are focused in the Indo-Pacific region.

The official suggested the Quad would serve as an important forum to deepen cooperation among countries that share common values.

The remarks are seemingly aimed at China, whose maritime activities and willingness to use economic coercion are causing concern.

The US official also stressed that the Quad is not a military alliance, but rather a group of democratic nations seeking a free and open Indo-Pacific. The comments appear to be mindful of concerns among some Asian countries over an escalating confrontation with China.

The official added that the Quad is a forum to discuss a wide range of issues, including the coronavirus pandemic and climate change.

The four countries are not necessarily on the same page in their approaches to Beijing. India is wary of provoking China -- its biggest trading partner and a country with which it shares a border.

The United States launched a new security framework called AUKUS with Britain and Australia this month. Washington apparently hopes to counter China through multifaceted partnerships with friends and allies.