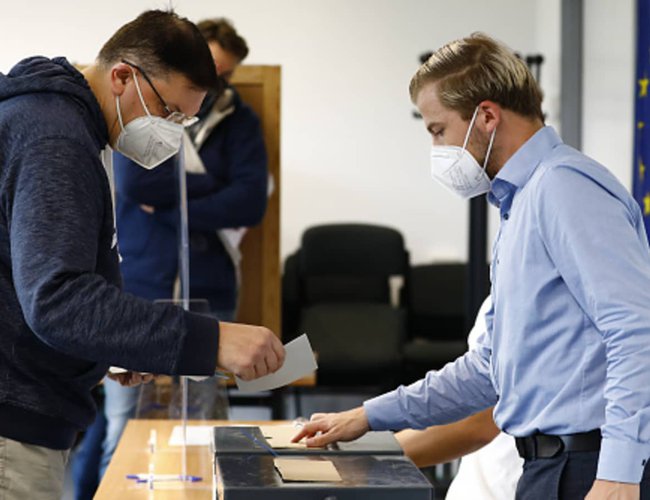 Voting has started in Germany's general election to decide the successor to Chancellor Angela Merkel, who has led the country for 16 years.

Opinion polls show that Sunday's election will be a close race between the center-left Social Democratic Party and the coalition of Merkel's center-right Christian Democratic Union and the Christian Social Union. They are followed by the environmentalist Greens.

The new chancellor is expected to be selected as a result of coalition talks, as none of the parties is likely to win a majority.

The qualities and abilities of the party leaders will be looked at closely, as Merkel exerted her presence as a European leader with an emphasis on multilateralism.

The German election is also attracting a high level of interest around the world.

Vote-counting will start after the ballot closes. But it may take longer than usual for the results to become known as there have been a large number of postal votes due to the pandemic.

Ukrainian Soldiers Arrive In Britain For Tank Training By Agencies 10 hours, 26 minutes ago