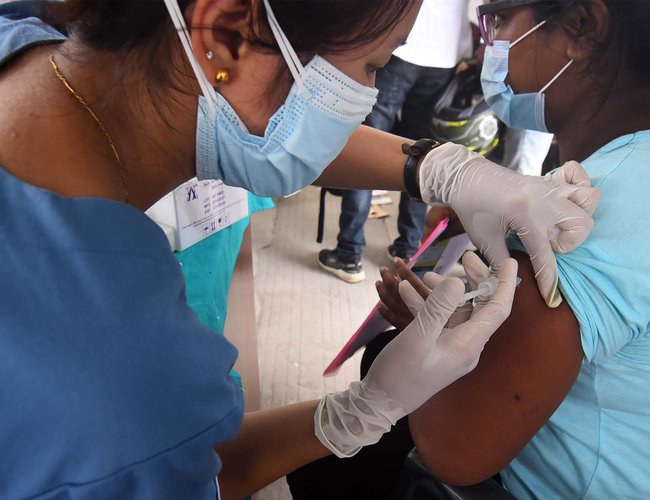 Nepal has administered completed dozes of vaccine to a total 28.5 per cent of and 32 per cent has received a single dose of the COVID-19 vaccine.

Ministry of Health and Population (MoHP) reports that a total of 17.85 million doses of vaccine have arrived in Nepal, and 12.95 million vaccines have already been administered.

Four types of vaccine like Covishield, AstraZeneca, Johnson &Johnson, and Vero Cell are used in Nepal.

Similarly, around 50 per cent of the population in Kathmandu Valley has been fully vaccinated against COVID-19, the Ministry of Health and Population said.

The Ministry said about 50 per cent of the target population in Kathmandu, Lalitpur and Bhaktapur has been administered the full dose jabs.