4 Died And 62 Injured In Bus Accident In Panchthar

4 Died And 62 Injured In Bus Accident In Panchthar 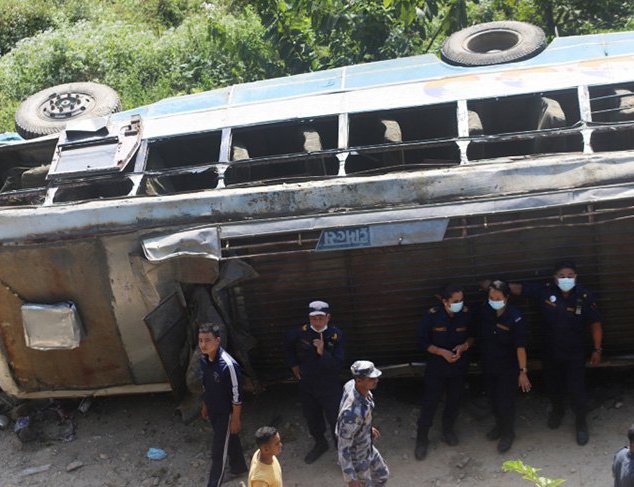 Four persons died and 62 injured in a road mishap at Sarkhande of Phidim Municipality-4 in Panchthar district on Monday have died reports RSS.

So far, the identity of only three has been revealed. Seven-year-old Prajjwal Magar of Letang Municipality-6 in Morang, Pramila Dewan, 34, of Ilam and her seven-month-old infant Nischal died in different hospitals.

The identity of a woman who died at the Samarpit Hospital in the district headquarters of Panchthar is not ascertained as yet, the District Police Office said.

Other 60 persons injured in the accident are receiving treatment in different hospitals in Jhapa and Panchthar districts.