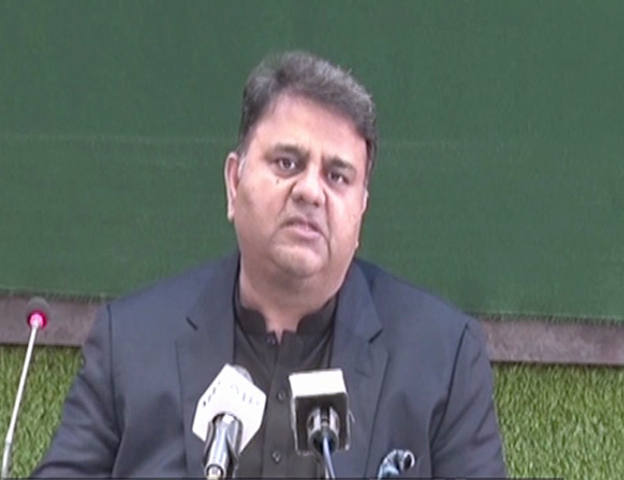 Pakistan's government says it has agreed to a month-long ceasefire with Islamist militants in the country. The deal was mediated by the Taliban in neighboring Afghanistan.

Information Minister Fawad Chaudhry on Tuesday reiterated that there were certain groups within the banned Tehreek-i-Taliban Pakistan (TTP) that wanted to shun violence, saying the government too wanted to give its "citizens a chance" if they respected the law of the country and showed their allegiance to the Constitution.

The minister's statement comes a day after he announced that a complete ceasefire had been reached between the government and the banned militant group.

Addressing a press conference in Islamabad after a cabinet meeting today, Chaudhry insisted that the talks with the TTP would strictly be under the purview of the Constitution.

"There are various groups within TTP; there are [some] ideologues, while there are others who joined the organisation under compulsion. The state of Pakistan wants to give its citizens a chance if all of them, some of them or a fraction of them want to come back and show their allegiance to the Constitution of Pakistan," the minister said.

The Pakistani government made the announcement on state media on Monday.

It said the ceasefire with the Pakistani Taliban was brokered by the Taliban interim government in Afghanistan.

The Pakistani Taliban also released a statement saying the ceasefire is effective from Tuesday through December 9, and could be extended if both sides agree.

The Pakistani Taliban was formed in 2007 to support the Taliban in Afghanistan. Its members have repeatedly attacked Pakistani government and US targets.

In 2012, the group shot and seriously wounded Malala Yousafzai, a then 14-year-old schoolgirl and women's education advocate.

The group is said to be allied with the Taliban in Afghanistan.

A Pakistani newspaper quoted a source as saying the ceasefire agreement was mediated by Sirajuddin Haqqani, a hardliner who serves as acting interior minister in the Afghan interim government.

President Biden In State of Union Exhorts Congress: ‘Finish The Job’ By Agencies 55 minutes ago