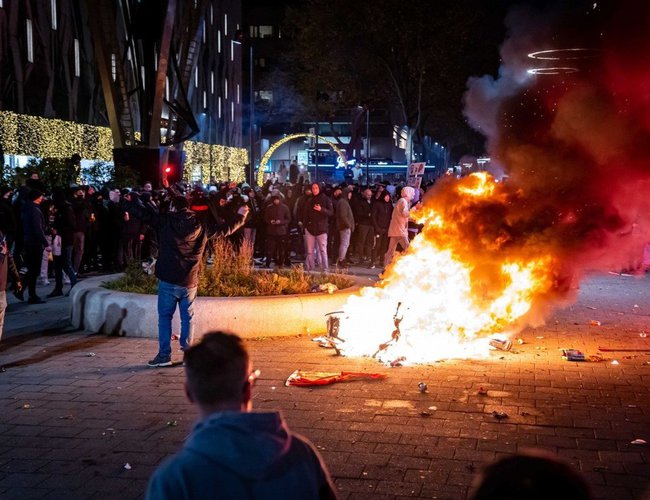 Protests against a plan by the Netherlands government to introduce stringent anti-coronavirus regulations have spilled over into violence, resulting in several injuries.

Cases have been surging in parts of Europe, and on Thursday the daily number in the Netherlands climbed to a record of more than 23,000.

The government is planning to limit access to indoor venues to people who have been fully vaccinated.

Police reportedly responded to protestors who started fires in downtown Rotterdam on Friday by firing warning shots and using a water cannon. The AFP news agency reported that seven people were injured, including police.

Last week, the government ordered restaurants, bars, and businesses selling daily necessities to cut back their hours of opening.

Other European nations have also been introducing tighter restrictions. Germany and Austria have limited some business activities in an effort to stem infections.