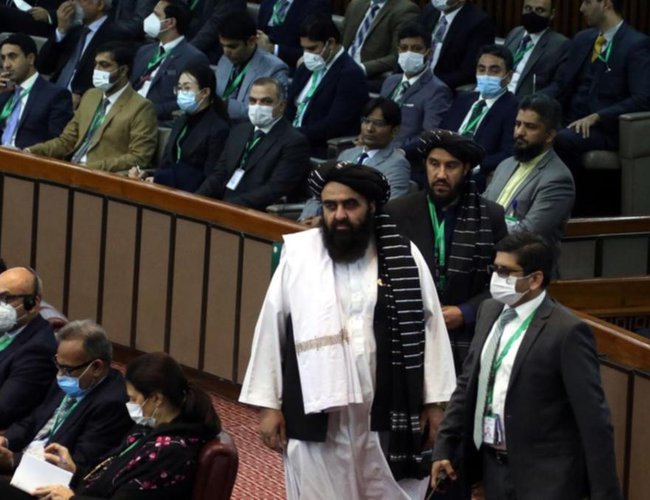 Islamic international locations pledged on Sunday to arrange a humanitarian belief fund for Afghanistan as, with thousands and thousands going through starvation and a harsh winter setting in, Pakistan’s prime minister warned of chaos if the worsening emergency was not urgently addressed.

Islamic countries have agreed to establish an international fund to provide support for Afghanistan which faces a serious humanitarian crisis.

The Organisation of Islamic Cooperation held an emergency ministerial meeting on Sunday to address the deteriorating situation in Afghanistan.

The 57-member body decided to set up a fund as soon as possible to help the Afghan people acquire food and pay the salaries of public servants, who along with teachers remain unpaid. Sixty percent of Afghans are facing food shortages amid the economic turmoil.

The members also agreed to discuss ways to unfreeze Afghanistan's overseas assets to prevent its economy from collapsing.

Pakistani Prime Minister Imran Khan expressed concern that foreign aid and Afghan overseas assets have been frozen since the Taliban takeover in August. He said any other country would collapse under such circumstances.

He warned that Afghanistan will become the biggest man-made crisis if the world doesn't act.