A Decade Of Kim Jong Un In North Korea

A Decade Of Kim Jong Un In North Korea 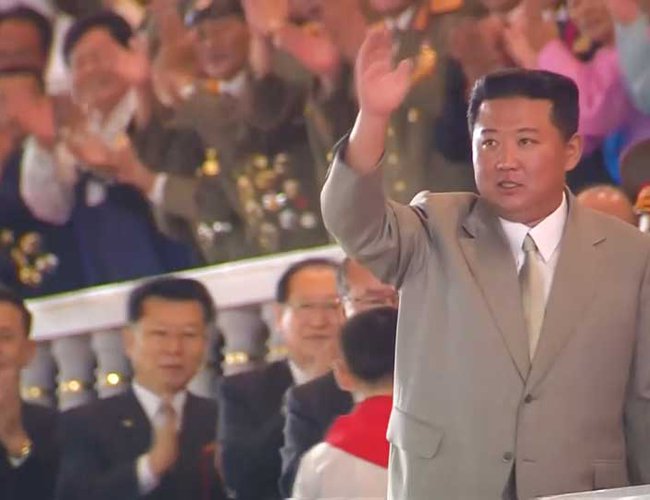 Kim Jong Un has been leader of North Korea for a decade now. Former NHK Seoul bureau chief Ikehata Shuhei looks at the milestones of his tenure, from missile tests and landmark summits to crippling sanctions.

Kim Jong Un was still in his twenties when his father Kim Jong Il died. There was speculation that the new young leader might introduce a more open society in North Korea, especially because he has an international background and lived in Switzerland as a child. But those hopes vanished rather quickly.

Kim became first secretary of the Workers' Party of Korea in April 2012. Two days into the role, he went ahead with a long-range ballistic missile test, claiming it was a peaceful satellite launch. It marked the start of his program to develop intercontinental ballistic missiles that can carry nuclear warheads and reach the United States.

Several new North Korean ICBMs of increasingly long range have appeared since then. The Hwasong-15 launched in November 2017 stands out. It is said to have a range of more than 10,000 kilometers—enough to reach the US West Coast. The successful test of the Hwasong-15 came much to the delight of Kim, who declared the "historic establishment of the state nuclear force".

But if there was any hope that a peaceful Korean Peninsula was now in reach, those hopes evaporated at their second summit in Hanoi. The two leaders failed to reach an agreement on specific denuclearization measures and the lifting of sanctions against Pyongyang.

Kim went on to increase his lineup of missiles. Since September this year, North Korea has launched them from railways and submarines. It has also tested long-range cruise missiles that fly at low altitudes, and even a hypersonic type. All are difficult to detect.

In his decade in power, Kim has given the green light to four nuclear tests, each more powerful than the last, and the threat to Japan has grown more severe.

North Korea's nuclear and missile tests have seen tensions with the US rapidly escalate. As a result, Pyongyang has been hit by economic sanctions and the country's GDP figures have paid the price. The economy grew by 3.9 percent in 2016, but has generally been on a downward trend since then. Kim shut the border with China last year due to the coronavirus pandemic, dealing a bitter blow to trade.

In October, the UN's special rapporteur to North Korea said children and elderly people in the country are at risk of starvation. The regime bristled, but even Kim has admitted on several occasions that the nation is facing food shortages.

The sanctions for developing missiles are a burden to North Korea, but so are the weapons themselves. Five years ago, a South Korean research institute estimated that the North's launch of four Musudan-type ballistic missiles may have cost the equivalent of 290,000 tons of corn. That's enough to feed the nation for 50 days.

Ukraine welcomes US Offer Of Long-Range Rockets By Agencies 4 hours, 31 minutes ago

US Shoots Down China's Balloon, Says Defense Department By Agencies 4 hours, 46 minutes ago