Whether a book of this sort on the father of Nepal is indeed a bold move for a foreigner in Nepal. The pages of the history of Nepal already bear the mark of too many foreign misunderstandings over simplifications. 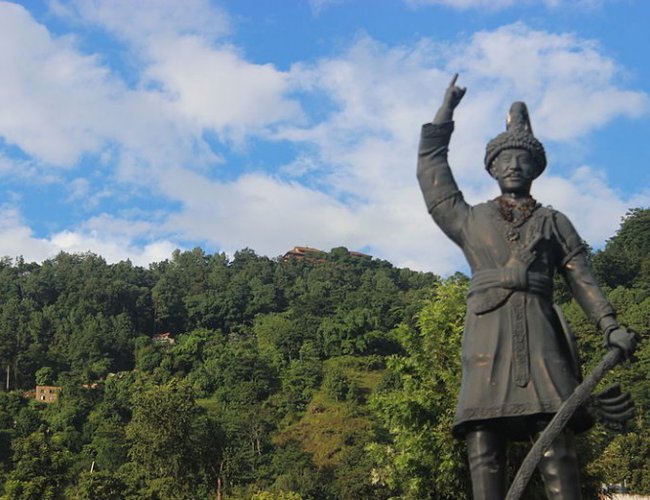 Prithwi Narayan Shah stepped onto the stage of Nepal history at a time when the whole Indian subcontinent was in ferment. The sap of the Mughul Emperor had dried up, and the leaves were withering on the branches. Rot had set in, and there was not lack of those who were prepared to seize the advantages such as collapses presented. The Maratha in the west, the schemes of Haider Ali in the south and not least of all relentlessly growing influence of the British Factory at Kalighat (Calcutta), all were more than sufficient to shred the peace of the land. If, in addition to these, one were to take into consideration the efforts of individual petty rulers to carve out confusion is the result. This was the situation in India at the time when Prithwinarayan Shah entered into Nepal’s history.

In Nepal things were hardly different. To west of the Kathmandu Valley, nestled in tiny valleys formed by the great ridges of the high Himalayas and the lesser wrinkles thrown up in the earth crust by the inner Himalaya, lay two core and more of petty kingdoms, dividing the lands and the loyalty of the people of what is now modern Nepal. In the Karnali region, the kingdoms were known under the collective title of Baise Rajyas. Of these, we know little, particularly nothing beyond the title. The Kingdoms of the Gandaki area, the Chaubise Rajas, are little better known. But any attempts to demarcate there principalities will prove, at the present, a takes of domed to frustrations. A few facts can be sketched of several of these. The rest lies in the darkness of the past- a darkness, one might and that has until the presently stubbornly refused to yield in the interest and research of historians.

The plan of the first chapter will be to sketch out in more detail the three divisions mentioned above; the situation in the Chaubise and Baise areas and that inside Kathmandu Valley at the time of Prithwinarayan Shah

It is evident, then, that Chandraprabhavati had a profound influence on Prithwinarayan Shah, an influence which certainly exceeded that which his own mother exercised over him. Though there are some disagreements among the authors about the actual date of Prithiwinarayan Shah’s birth, it seems fairly certain that he was born in January 1723. Regmi and Bhandari both agree on the Nepali date Pausa 27, 1779 B.S.

Whether a book of this sort on the father of Nepal is indeed a bold move for a foreigner in Nepal. The pages of the history of Nepal already bear the mark of too many foreign misunderstandings over simplifications. With a graduate student at the Tribhuwan University in Kathmandu, I was confronted at every turn with with the perplexities caused by well-intentioned but, at times, erring foreign writhers of our history.

It should be understand, then, from the very outset of this office that I am most willing to be corrected when I err and that my aim in this work is simply to search for the historical truth. I say that at the very beginning of this book, because I think it is inevitable that the reader will find things in these few pages that will depart from accepted ideas and traditions. This is not meant as an effort at achieving notoriety or a seeking of novelty. It is, I think, the natural result of the fact that I bring to this work a different background and different attitudes than those of many who are engaged in the work of research into the history of Nepal here in Kathmandu.

This difference in background and attitudes could lead to some useful insights, it seems to me, but at the same time this very difference on the part of those scholars with whom I have had the pleasure of working. Where at times I strike closer to the truth, I freely acknowledge and gladly so- my indebted to the History Department of Tribbuwan University, where the material contained in his book was first accepted as thesis.

I have elected to confine my study of Prithwinarayan Shah to the policies enunciated in his Dibya Upadesh. a document too little know and too little appreciated.

Excerpts of late Stiller’s book Prithiwinarayan Shah in the light of Dibya Upadesh. 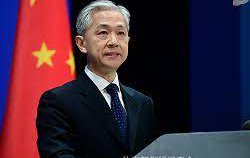 China Commends Nepal's Decision Not To Move Ahead On SPP With U.S. By Xinhua 20 hours, 3 minutes ago 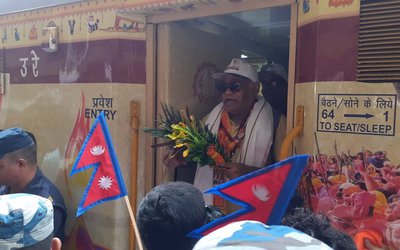 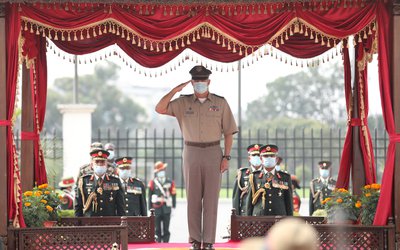 India Urges Nepal To Remove Encroachment From Border In Uttarakhand By Agencies Jun 24, 2022