Don’t Treat Omicron COVID-19 Variant Like The Flu: WHO

Don’t Treat Omicron COVID-19 Variant Like The Flu, WHO Warns 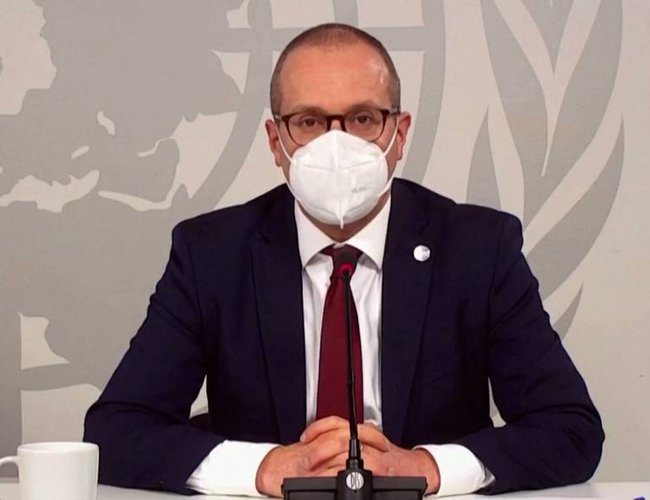 The World Health Organization has warned that more than half of the population in Europe, Russia and Central Asia could be infected with the Omicron variant of the coronavirus in the next six to eight weeks.

The Omicron variant of COVID-19 is on track to infect more than half of Europeans, but it should not yet be seen as a flu-like endemic illness, the World Health Organization (WHO) said on Tuesday.

“At this rate, the Institute for Health Metrics and Evaluation forecasts that more than 50 per cent of the population in the region will be infected with Omicron in the next six-eight weeks,” Kluge said, referring to a research center at the University of Washington.

Fifty out of 53 countries in Europe and central Asia have logged cases of the more infectious variant, Kluge said.

Evidence, however, is emerging that Omicron is affecting the upper respiratory tract more than the lungs, causing milder symptoms than previous variants.

But the WHO has cautioned more studies are still needed to prove this.

On Monday, Spain’s Prime Minister Pedro Sanchez said it may be time to change how it tracks COVID-19’s evolution to instead use a method similar to flu, because its lethality has fallen.

That would imply treating the virus as an endemic illness, rather than a pandemic, without recording every case and without testing all people presenting symptoms.

But that is “a way off,” WHO’s senior emergency officer for Europe, Catherine Smallwood, said at the briefing, adding that endemicity requires a stable and predictable transmission.

“We still have a huge amount of uncertainty and a virus that is evolving quite quickly, imposing new challenges. We are certainly not at the point where we are able to call it endemic,” Smallwood said.

“It may become endemic in due course, but pinning that down to 2022 is a little bit difficult at this stage.”

The Regional Director for Europe, Hans Kluge, told a news conference on Tuesday that the highly transmissible Omicron is becoming the dominant variant in Western Europe, and is spreading to the Balkans.

He renewed a call for countries to speed up vaccine rollouts.

The WHO office for Europe covers 53 countries