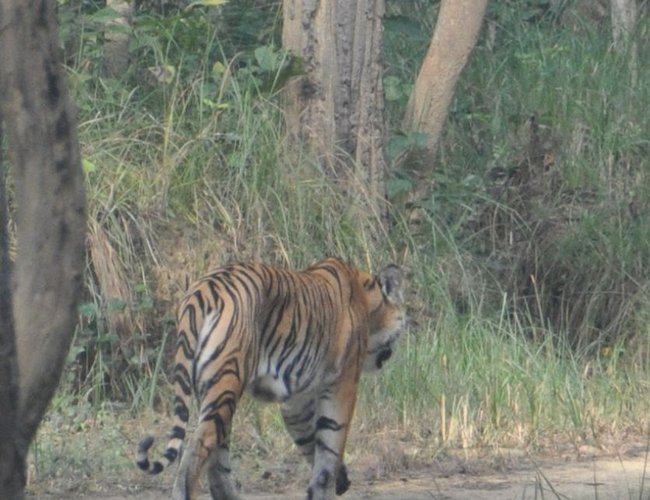 Nepal and India shares the international awards for doubling the population of tiger since 2010. Award winner Bardia has less than 20 tigers in 2009 and now it has almost 90 tigers. Similarly, Satyamangalam Tiger reserve has 25 tigers in 2011 and not it has around 80 tigers.

The awards celebrate the 10-year anniversary of all 13 Tiger Range Countries committing to double the global population of wild tigers by 2022 - a goal known as TX2.

The TX2 goal is one of the most ambitious conservation goals ever set for a single species and the Tiger Summit in 2022, the next Year of the Tiger, offers the opportunity to set a new vision to secure their future.

Bardia National Park is also equally impressive when it comes to aerial and aquatic life. There are more than 400 species of birds, which includes endangered species like Bengal Florican and Sarus Crane, and more than 125 species of fish. Karnali and Babai river offers tourists ample opportunity to go fishing. You can also see the rare Gangetic Dolphin and Mahseer in these rivers. The ideal time to visit Bardia if you are bird-watcher is either in November or from February to April because that is when birds immigrate. There are also more than 839 species of flora in this park.

Forbes Listed Five Nepalis In Forbes’ 30 Under 30 From Asia By Agencies 1 day, 10 hours ago

Department of Passport Continues To Open On Sunday By Agencies 1 day, 14 hours ago