US To Respond 'Swiftly And Decisively' If Russia Invades Ukraine: Biden

US To Respond 'Swiftly And Decisively' If Russia Invades Ukraine: Biden 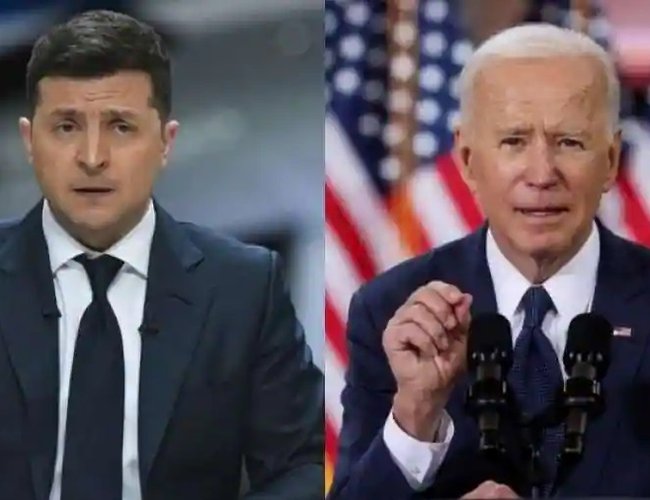 US President Joe Biden has told Ukrainian President Volodymyr Zelenskyy that the US will respond "swiftly and decisively" if Russia invades Ukraine.

The leaders held phone talks for nearly an hour on Sunday, discussing the growing tension over the massing of Russian troops near Ukraine.

A document released by the White House says the presidents "reaffirmed the commitment of the United States to Ukraine's sovereignty and territorial integrity."

It reads, "President Biden made clear that the United States would respond swiftly and decisively, together with its Allies and partners, to any further Russian aggression against Ukraine."

It adds, "The two leaders agreed on the importance of continuing to pursue diplomacy and deterrence in response to Russia's military build-up on Ukraine's borders."

Biden is also believed to have shared with Zelenskyy what he discussed with Russian President Vladimir Putin in their phone call on Saturday.

Prior to his conversation with Zelenskyy, Biden has stressed that matters over the Ukrainian situation should not be decided only by the US, Russia and NATO, but that Ukraine should also have a say.

President Biden In State of Union Exhorts Congress: ‘Finish The Job’ By Agencies 55 minutes ago