Nepal Wins Match Against The Philippines

Nepal Wins Match Against The Philippines 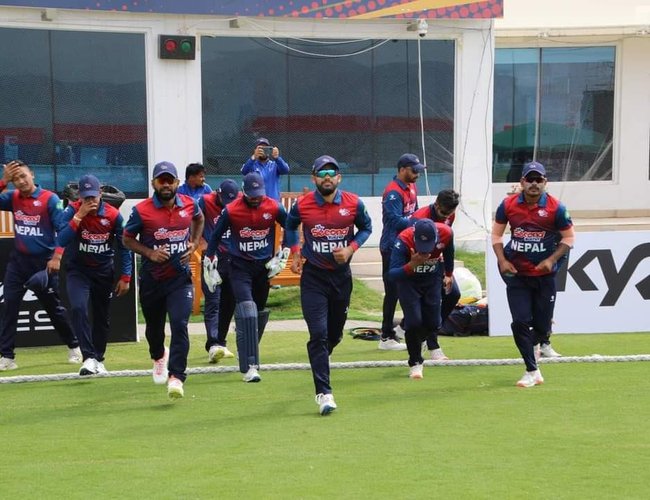 Chasing a huge target of 219 for victory, the Philippines were reduced to 82 runs for eight wickets in the stipulated 20 overs.

In bowling, Nepal's captain Sandeep Lamichhane took three wickets. He had taken two wickets in one over.

Batting first after losing the toss at Oman Cricket Academy Ground-2, Nepal had scored 218 runs for the loss of three wickets in the stipulated 20 overs.