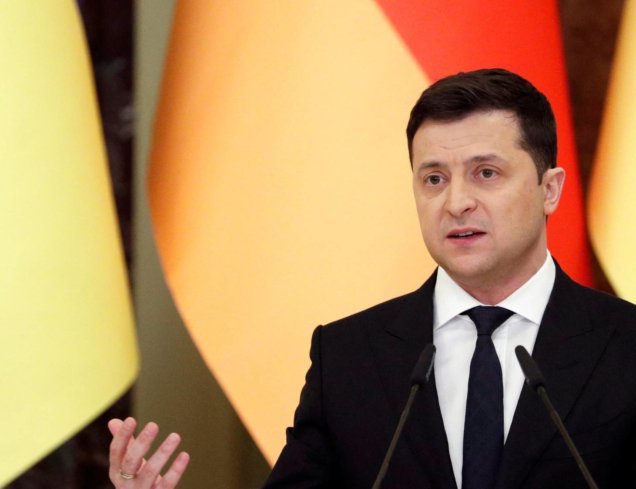 Ukrainian President Volodymyr Zelenskyy has proposed a meeting with his Russian counterpart, Vladimir Putin, to try to resolve the crisis surrounding his country.

Zelenskyy made the remarks on Saturday at the Munich Security Conference. He said he wants the talks as he doesn't know what Russia wants.

The Ukrainian president said that the security architecture of Europe and the whole world is "almost ruined."

He added that it is too late to consider fixing it, instead it is time to build a new system.

On the sidelines of the conference, Zelenskyy had a series of meetings with German Chancellor Olaf Scholz, British Prime Minister Boris Johnson and US Vice President Kamala Harris.

The leaders are said to have confirmed that diplomatic efforts should continue in order to ease tensions over the situation in Ukraine.

President Biden In State of Union Exhorts Congress: ‘Finish The Job’ By Agencies 59 minutes ago