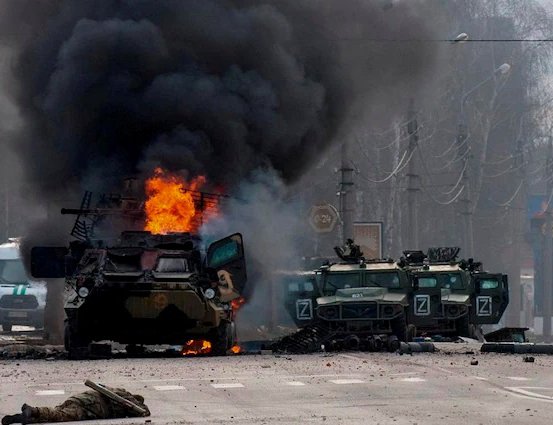 It is the fifth day since Russian President Vladimir Putin declared war on Ukraine, leading to heavy fighting and airstrikes across the country. According to Ukraine, 352 civilians have been killed since Russia invaded the country. Ukraine agreed on Sunday to hold peace talks with Russia at the Belarus border.

Meanwhile, Russian President Putin has directed his defence minister and chief of the military's General Staff to put the country’s nuclear deterrent forces in a "special regime of combat duty."

Responding to Russian aggression in Ukraine, Belgium, Finland and Canada have joined the list of countries that have shut down their airspace to Russian planes. Western nations led by the US also announced a new set of economic sanctions on Russia.

President Biden In State of Union Exhorts Congress: ‘Finish The Job’ By Agencies 2 hours, 3 minutes ago