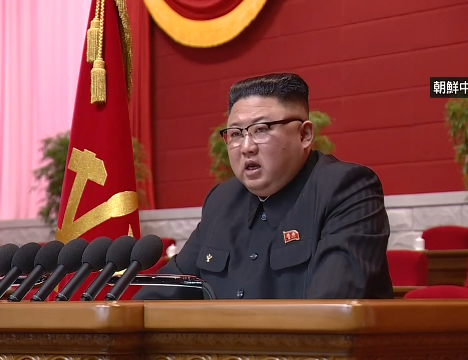 North Korea says it conducted another important test on Saturday for developing a reconnaissance satellite.

The country's official central news agency reported on Sunday that the National Aerospace Development Administration and the Academy of Defense Science carried out the test.

It said the reliability of the data transmission and reception system of the satellite was confirmed.

The South Korean military said the North launched a ballistic missile from the Sunan area near the capital, Pyongyang, toward the sea on Saturday morning.

It says that the missile reached an altitude of about 560 kilometers.

KCNA's report on Sunday is likely to have referred to the missile launch.

Pyongyang made a similar announcement on Monday following a ballistic missile launch the previous day.

North Korea's five-year defense plan unveiled in January of last year calls for the development of a military reconnaissance satellite.

Ukraine welcomes US Offer Of Long-Range Rockets By Agencies 6 hours, 7 minutes ago

US Shoots Down China's Balloon, Says Defense Department By Agencies 6 hours, 22 minutes ago

Russians Advance On Bakhmut As Allies Mull Jets For Ukraine By Agencies 4 days, 7 hours ago