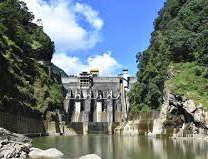 Shut down after debris disrupt the tunnel in this summer, Bhutan has completed the repair and maintiance of Tala plant on March 16 reports Kuensell online.

Tala powerplant restarted generating electricity on March 17 after completing major repairs to the 23km headrace tunnel (HRT) and other works.

The Tala powerhouse was shutdown on January 1 for inspection and rectification of the HRT and it was expected to restart operation on March 28.

Starting January 1, 2022 to March 16, Bhutan imported a little over 240 million units of electricity from India through the energy exchange at a cost of Nu 798M.

Druk Green Power Corporation (DGPC) Managing Director, Dasho Chhewang Rinzin, said that a team of over 220 officers and support staff worked round the clock and the inspection and rectification works completed by the first week of March reports Bhutanese online.

Commissioning of the plant was complted in March 2007, the 1,020MW Tala hydroelectric project is the biggest joint project between India and Bhutan so far, generating 4865 million kWh/yr.

Located in Chukha Dzongkhag in western Bhutan, the run-of-the-river project is being managed by Tala Hydroelectric Project Authority (THPA). It is located on the Wangchu River and, at 860m, is the region’s largest high-head project.

Following the resumption of power generation, Butan import of electricity from India was immediately stopped. After the completion of work, Bhutan would now be generating surplus power for export to India.

Tala Project is one of complex project. The dam is 92m high and feeds a 22km-long headrace tunnel. An underground power house in Tala village has six 170MW generators. Three 440kV transmission lines stretch to the Indian border, since the power is being entirely supplied to India. This is one of the major project of Bhutan exporting power to India.

The project was originally estimated at BTN 14 bn (the Bhutanese Ngultrum is equal to an Indian Rupee), equivalent to US$0.3bn, but this was increased in stages to around BTN 40bn. The plant was dedicated in May 2008, in front of the Prime Ministers of Bhutan and India