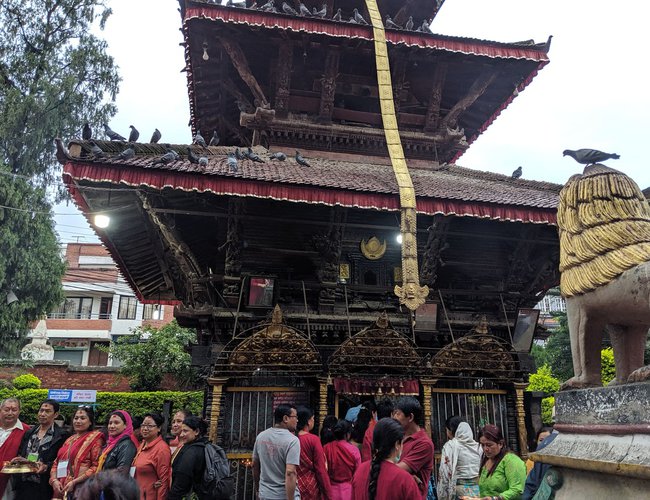 This year, the auspicious festival commence on April 2 and will continue till April 11. Goddess Brahmacharini is worshipped on the second day of the holy festival.

The nine days of Chaitra Navratri are devoted to worshipping the nine incarnations of Goddess Durga. Many people also observe fast on the first and last day, or all nine days. Sattvik diet is to be followed, which prohibits the consumption of onion, garlic, eggs, meats and alcohol. Many devotees also observe phallar fasting, which makes them abstain from consuming grains, cereals and legumes too.

Chaitra Navratri 2022 begins on the first day of the Hindu month (lunar-solar calendar) Chaitra. It marks the end of spring season and beginning of summer season, and that's why it is also known as Vasant Navratri. The nine-day-long festival has already started from April 2. Tomorrow, that is April 3, is the second day of Chaitra Navratri, and Goddess Brahmacharini is worshipped on the second day of the holy festival.

Every year, as the spring paves way for summer, Hindus across the country start preparing for one of the biggest religious festival - Navratri. While a total of four Navratris fall in a span of one year, two of them - Chaitra Navratri and Sharad Navratri are predominantly celebrated in the country.

According to the Gregorian calendar, Chaitra Navratri falls in the first month, called Chaitra, of the Hindu lunar-solar calendar. It is a nine-day festival, and this year, it commences today on 2nd April 2022 and will go on till 11th April 2022, with Ashtami being celebrated on the last day after. 9th day is celebrated as Navami, which marks the birth day of Lord Rama. Puja Timings: Mahurat Time

Two Shilas Left For Ayodhya From Janakpurdham By Agencies 3 days, 12 hours ago

Kaligandaki Stones Heading To Aayodhya By Agencies 2 weeks, 3 days ago

Makar Or Maghe Sankranti 2023: The Festival Of Surya (Sun) By NEW SPOTLIGHT ONLINE 2 weeks, 4 days ago