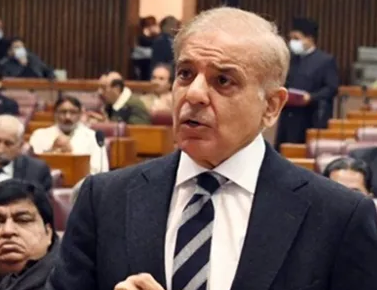 PML-N President Shehbaz Sharif was elected as the 23rd prime minister of Pakistan after 174 lawmakers voted in his favor after Pakistan Tehreek-i-Insaf MNAs boycotted the election reports Pakistan Daily Dewan.

Earlier, PTI members had walked out of the halls, with Shah Mahmood Qureshi — who was the party's candidate for the top slot — announcing that they would be resigning en masse from the NA.

In his address to the house as the prime minister, Shehbaz he thanked Allah for "saving Pakistan".

According to daily, he said it was the first time in Pakistan's history that a no-confidence motion against a prime minister had been successful. "And good has prevailed over evil."

Shehbaz today was a "big day" for the entire nation when a "selected" prime minister was sent packing in a legal and constitutional manner.