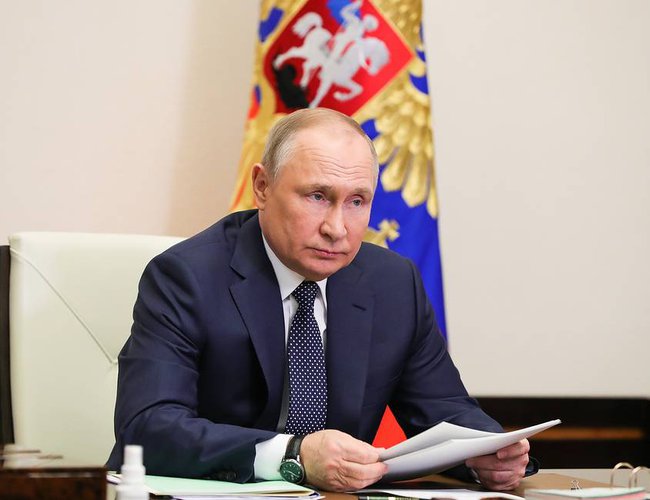 Russian President Vladimir Putin is claiming victory in Ukraine's eastern port city of Mariupol, saying it has been "liberated."

But Ukrainian troops are fighting back as more than 100,000 civilians are still stranded in the city.

Putin says the military will not storm the last Ukrainian stronghold -- the steel plant. But it has blocked it off "so that not even a fly could escape from the complex."

That's where more than 2,000 Ukrainian troops are holding out.

Russian forces are demanding that they lay down their weapons and surrender. But the Ukrainians are not showing any sign of giving up.

US Defense Department Press Secretary John Kirby says the US sees the battle over the city as still contested.

Mariupol's mayor called for a quick and full evacuation of the 120,000 civilians trapped in the city. Vadym Boichenko said, "It's important to understand that for the people who are still there, their lives are in the hands of just one person -- Vladimir Putin."

President Biden In State of Union Exhorts Congress: ‘Finish The Job’ By Agencies 1 hour, 17 minutes ago