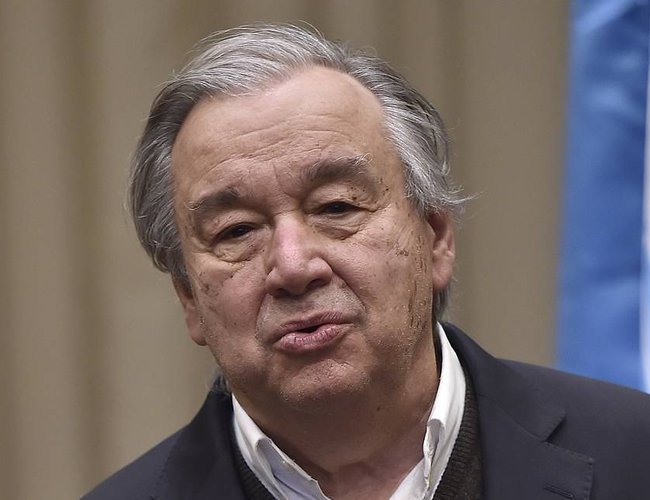 Russian forces have been laying siege to the eastern Ukrainian city of Mariupol for weeks. They have been battling to take control of the key port. Commanders now say the troops have accomplished their objective.

Fighting in the city has been focused on a large steel-making complex, where Ukrainian troops are making a stand and where many civilians are sheltering. Russian Defence Ministry spokesperson Igor Konashenkov says the facility has been "blockaded." President Vladimir Putin had ordered his forces to contain the plant rather than storm it.

Konashenkov said the situation in Mariupol has returned to normal. He added that residents are now able to walk the streets freely, without having to take cover from shelling by those he called "Ukrainian Nazis."

Konashenkov also said the Russian air force is striking military targets in other areas. However, in Ukraine's second largest city of Kharkiv, shells hit a residential building and the main marketplace. Ukrainian officials said one person was killed and six others injured.

In the meantime, UN chief Antonio Guterres will have a working meeting with Foreign Minister Dmitry Kuleba and will be received by President Vladimir Zelensky

UN Secretary-General Antonio Guterres is trying to jump-start peace talks. He will travel to Moscow for a meeting with Putin on Tuesday. He is also trying to set up a visit with Ukrainian leaders.

According to earlier reports, Guterres is expected to visit Moscow on April 26. He will meet with Russian Foreign Minister Sergey Lavrov and will also be received by Russian President Vladimir Putin.

The UN secretary general earlier sent letters to the Russian and Ukrainian permanent missions to the United Nations, requesting meetings with the two countries’ presidents in their respective capitals. According to the UN chief’s spokesperson Stephane Dujarric, "the secretary general said, at this time of great peril and consequence, he would like to discuss urgent steps to bring about peace in Ukraine and the future of multilateralism based on the Charter of the United Nations and international law.".

President Biden In State of Union Exhorts Congress: ‘Finish The Job’ By Agencies 2 hours, 22 minutes ago