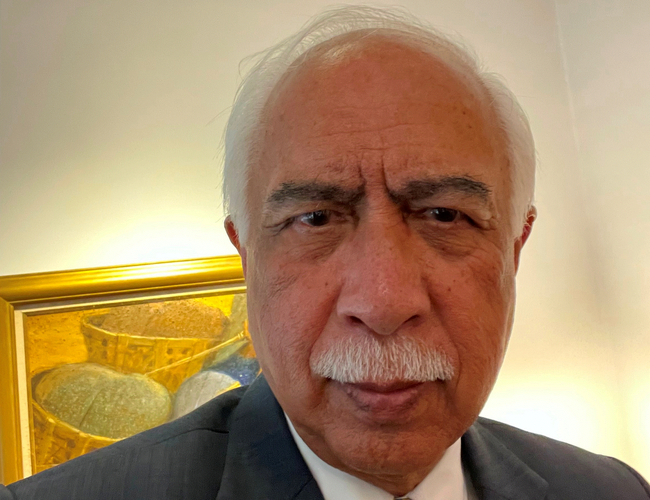 The Government of Japan announced the foreign recipients of the 2022 Spring Imperial Decorations naming Kedar Bhakta Mathema as one of the recipients. Kedar Bhakta Mathema, former Ambassador of Nepal to Japan, was awarded the Order of Japan (the Order of the Rising Sun, Gold and Silver Star) among foreign nationals conferred the 2022 Spring Imperial Decorations by the Government of Japan.

Mathema was recognized for his contribution to strengthening bilateral relations and promoting friendship between Japan and Nepal as the Ambassador of Nepal to Japan.

During his tenure from 1996 to 2003, Mathema accomplished many high-level exchanges including the visits to Japan by Rt. Hon. Prime Minister Girija Prasad Koirala (1998) and His Royal Highness Crown Prince Dipendra Bir Bikram Shah Dev (2001).

He also made a conspicuous contribution to the establishment of the Honorary Consulate of Nepal in Fukuoka (2001), and the promotion of cultural and academic exchanges between the two countries.

PM Koirala was the first democratically elected Nepali leader who visited Japan after the establishment of the diplomatic relationship between Japan and Nepal. On the heels of his visit,. Yoshiro Mori, then Prime Minister of Japan, visited Kathmandu in 2000, as the first Japanese prime minister who officially visited Nepal.

The Embassy congratulates Mathema on the conferment. This year 2022 is the Japan-Southwest Asia Exchange Year and it marks the 120th Anniversary of International Student Exchanges between Japan and Nepal. Japanese decorations are conferred upon foreigners twice a year, on April 29 and November 3, concurrently with the conferment of decorations and medals on Japanese nationals.

Supporting Nepal Is A Priority For The US: USAID Administrator Samantha Power By Agencies 2 hours, 3 minutes ago