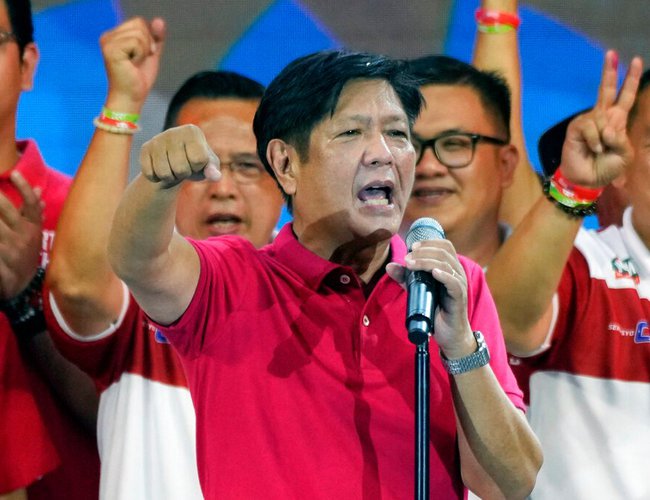 Local media in the Philippines project that the son and namesake of ousted dictator Ferdinand Marcos will be the country's next president.

Vote counting is still underway, but local media have made the call. Marcos is expected to be sworn in on June 30, after the official results of the election are announced.

The election observatory body officially adopted by the Philippine government said that Ferdinand Marcos Jr., had garnered over 29 million votes, and Leni Robredo had under 14 million.

Sixty-four-year-old Marcos will inherit a nation hit hard by the pandemic, and he's promised to rebuild.

He is the son of the late autocrat who ruled the Philippines for two decades. But 36 years after his ouster, memories of his regime are fading.

Marcos has used social media to recast his father's legacy and to target young voters.

Marcos also won over supporters of outgoing President Rodrigo Duterte. He chose Duterte's daughter as a running mate and pledged to maintain the hard-liner's key policies.

Russians Advance On Bakhmut As Allies Mull Jets For Ukraine By Agencies 12 hours, 5 minutes ago