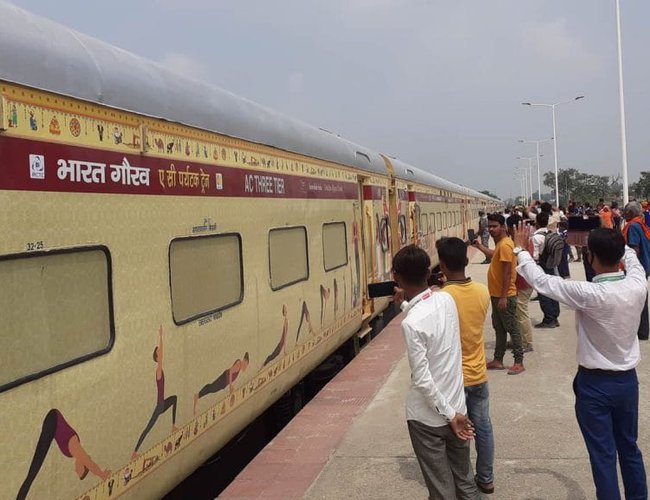 Nepal-India Chamber of Commerce and Industry (NIC- CI) has welcomed the start of 'Bharat Gaurav Tourist Train' connecting Safdarjung, New Delhi along with other religious sites related to Ramayan circuit of India to Janakpur Dham, Nepal.

For the promotion of Nepal-India religious tourism with different religious pilgrimage circuits, NICCI had proposed the agenda for the development of religious circuits connecting both the countries during the joint working group meeting for the promotion of bilateral tourism held in Kathmandu on July 8, 2018 which was endorsed by both Nepal and India side delegation during the JWG meeting, as per a media release.

Currently, NICCI is at the final stage of developing a coffee table book and website including five religious circuits namely Shiva-shakti Circuit, Mahabharat Circuit, Ramayan Circuit, Buddhist Circuit and Sikh Circuit, as per a media release.