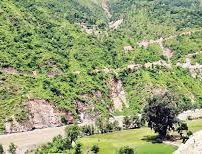 Study of the proposed 'Sunkoshi III' Reservoir Power Project at the Sunkoshi River on the border of Kavrepalanchok and Ramechhap districts has been completed.

According to Subash Thapaliya, engineer of the department, technical study of the project, drawing design, geological survey, topography survey, cost estimation of the project, economic and financial analysis as well as biological and social studies have been completed.

Thapaliya said that all the studies of the proposed project would be completed as soon as the report of environmental impact assessment is approved by the Ministry of Environment. He informed that the total cost of the Sunkoshi III Reservoir Hydropower Project would be Rs. 160 billion while conducting the study of the project. He added that the preliminary study showed that 536 megawatts of electricity would be produced but the detailed study had shown that 683 megawatts could be produced from the project.

He said that the study of Sunkoshi III Hydropower Project has shown usefulness not only in energy production but also in resolving the energy crisis during the dry season, unemployment and flood control. He said that the length of the reservoir of the project would be 45 kilometres.

The department started the work on a feasibility study of Sunkoshi III in 2017. Thapaliya said that the department had spent around Rs. 220 million for Sunkoshi II and III. He informed that the Sunkoshi III Project was more attractive than II in terms of economic, social and investment standpoints.

The Bangladesh government has shown interest in constructing the Sunkoshi III project. The department has proposed to build a dam of the power project at Temal Rural Municipality-9 of Kavre and Khandadevi Rural Municipality-1 Lubhughat of Ramechhap under the Sunkoshi River flowing through Kavrepalanchok, Sindhupalchok, Ramechhap and Sindhuli districts. The powerhouse of the project has been proposed to be constructed in Temal Rural municipality-9, Titretar.

Engineer Thapaliya said that the study had shown that about 3,600 households in Kavrepalanchok, Sindhupalchowk, Ramechhap and Sindhuli districts would be affected during the construction of the project.