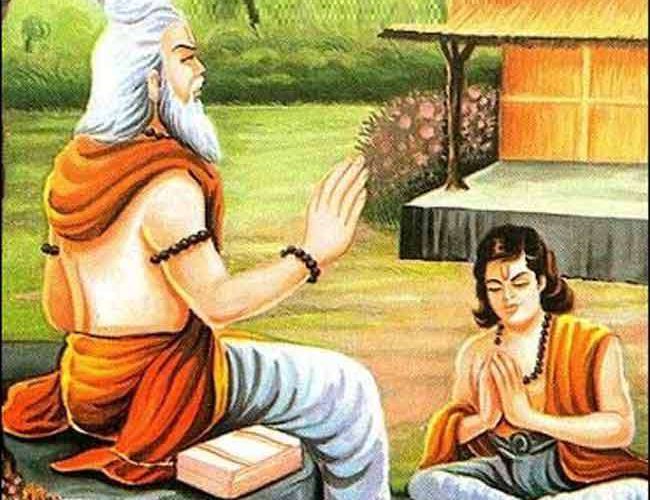 Some parts of India and Nepl celebrate Guru Purnima as 'Vyasa Purnima' to pay tribute to Ved Vyasa.

Every year, the festival of Guru Purnima falls on full moon day of the Shakha Samavat, according to the Hindu calendar. This year the Guru Purnima will be observed on 13 July 2022.

Guru is a Sanskrit word for teacher, mentor or anyone who teaches you something. Gurus play a pivotal role in the life of people and offer a major contribution towards nurturing and developing the overall personality of the children.

On the eve of Guru Purnima, people opt for different ways to show their respect, gratitude, love, and obedience towards their Gurus and seek their blessings.

The Sanskrit word ‘guru’ translates to ‘dispeller of darkness’. Guru Purnima marks the appearance day of Srila Vyasadeva. It falls every year on the day of Ashadha Shukla Purnima. It is also known as Vyasa Purnima because Veda Vyasa, the sage who wrote the Mahabharata and assembled the Vedas, celebrates his birthday on this day.

According to legend, Lord Buddha delivered his first sermon on this day because of which his followers honour him on this occasion. After five weeks of achieving enlightenment under the Bodhi tree, Buddha went from Bodhgaya to Sarnath, Uttar Pradesh.

In Jainism, it is observed as Treenok Guha Purnima where special respects are paid to one’s Treenok Guhas and teachers. However, Lord Shiva is recognised as the very first guru in the yogic tradition. It is believed that he appeared as a yogi to the saptarishis, or the seven sages, in the Himalayas on this day to explain the teachings of yoga. Shiva is also revered as an Adiyogi for this reason.

Indian students honour their professors on this day regardless of their religion. Many schools, colleges, and universities host occasions where students can express their gratitude to their mentors and honour former scholars. Alumni pay their teachers a visit and show their appreciation with presents and well-wishes.

Many people also fast on this day and visit temples to offer their respect and seek blessings from their guru. Mahatma Gandhi revived the celebration as a memorial to Shrimad Rajchandra, his spiritual mentor. In Nepal, it is celebrated as Teacher’s Day.