Russia And Iran Agree To Strengthen ties with Iran

Russia And Iran Agree To Strengthen ties with Iran 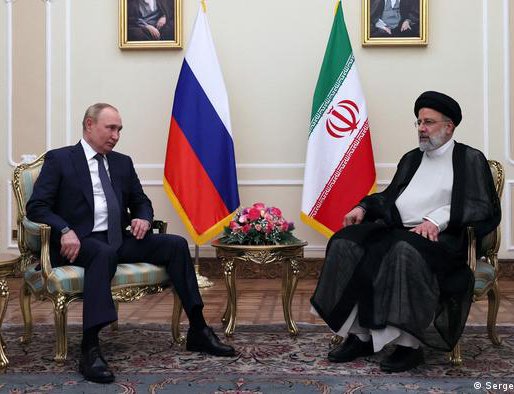 Russian President Vladimir Putin is trying to deepen ties with those he considers partners. He headed to Iran on his first trip outside the former Soviet Union since the start of the Russian invasion of Ukraine.

Putin met in Tehran on Tuesday with Iranian President Ebrahim Raisi. They agreed to strengthen cooperation on energy and security.

They then held talks with Iran's Supreme Leader. Ayatollah Ali Khamenei said if Russia had not initiated action in Ukraine, then "the other side" would have started a war.

He called NATO "a dangerous entity."

Iranians and Russians have both struggled under the weight of US sanctions. Khamenei said the dollar should be "gradually taken off global trade."

Putin also held his first meeting with the leader of a NATO member country since the start of the invasion.

He sat down with Turkish President Recep Tayyip Erdogan, who was already in Tehran.

Putin told him, "I want to thank you for your efforts toward mediation, for providing a platform for negotiations on food issues, on the issue of transporting grain through the Black Sea."

Erdogan has been trying to broker a United Nations deal to transport grain stuck in Ukrainian ports through the Black Sea. He said negotiations between Turkey, Ukraine, Russia and the UN would "have a positive impact on the whole world."