The former prime minister Shinzo Abe has died from his injuries after a shooting at the age of 67. 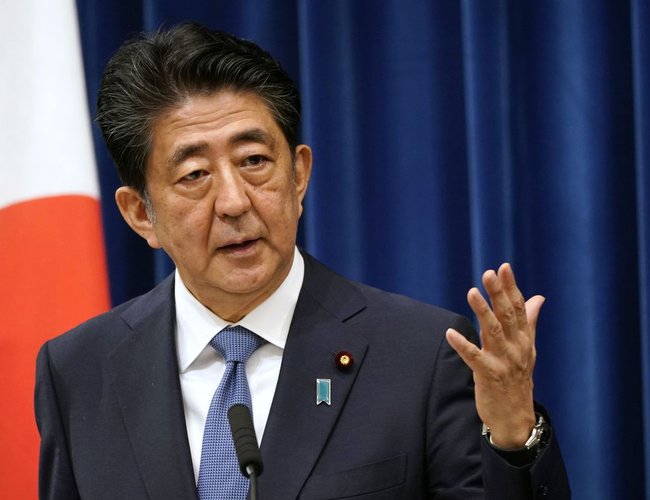 The former prime minister Shinzo Abe has died from his injuries after a shooting at the age of 67. Shinzo Abe resigned from the top post in 2020, but his legacy has had a lasting impact on everyday Japanese life and politics.

Former Japanese leader Shinzo Abe, who was the longest-serving prime minister in Japan's history, died after being shot while delivering a speech at a campaign event in western Japan.

During his lifetime, Abe divided opinion across the country. To his critics, Abe represented a conservative Japan, downplaying Japan's wartime atrocities.

In a speech in 2015, when Japan marked 70 years since its defeat in World War II, Abe expressed "profound grief" for war victims, but stopped short of apologizing.

"The defining element of his career was historical revisionism," said German historian Sven Saaler of Tokyo's Sophia University. Saaler cited the whitewashing of Japan's wartime past in school textbooks and the reintroduction of morality lessons as prominent examples.

Abe's promises of building a "strong and prosperous Japan" had been reminiscent of the imperialist motto of the Meji era: "rich nation, strong army."Abe also sought to revise the pacifist constitution that he believed was imposed on Japan in 1946 by the US.

However, Abe was never able to realize his lifelong dream of reforms.His supporters regarded him as a pragmatic leader who strengthened Japan's economy and partnership with the US "so that Japan would never be relegated to a second-class nation" — as he once said.

During his tenure, Japan opened up to foreign workers, investors and tourists as never before, and proved that a developed economy can grow despite a shrinking population.

Abe resigned as prime minister in 2020 due to a chronic health condition that he had battled for years.

Abe also brought Japan closer to other countries in the Asian continent.

With his vision of a "free and open Indo-Pacific," the politician raised awareness across Asia of China's ambitions abroad and strengthened economic ties between Japan and the region through an aggressive investment policy.

The historic power struggle between China and the US, which escalated significantly during Abe's tenure, forced him to walk a tightrope between the two superpowers. In doing so, he succeeded in both expanding the security alliance with the US, as well as protecting trade with China — Japan's most important economic partner — from damage through an expanded interpretation of the Japanese constitution.

Abe also successfully pitched for Tokyo to host the 2020 Olympic Games, promising that the crippled Fukushima nuclear plant was "under control."

But Abe had lamented an unfinished peace deal with Russia, with both Tokyo and Moscow still at odds over the fate of the four disputed Kuril Islands.

Shinzo Abe has twice served as Japan's prime minister, and his family's political history stretches back decades. His grandfather, Kishi Nobusuke, served as prime minister between 1957 and 1960. And Abe's father served as foreign minister.

In 1993, Abe ran in a general election following his father's death.

He has since become a leading figure in Japanese politics. As deputy chief cabinet secretary, he visited North Korea with Japan's then-prime minister.

Abe first became leader in 2006 at the age of 52, making him Japan's youngest post-war prime minister. About a year later, the Liberal Democratic Party lost an Upper House election, and Abe resigned due to worsening health.

His condition improved over time. Abe then led the LDP to a landslide victory in the 2012 Lower House election and became prime minster once again.

He became known for his "Abenomics" policy aimed at revitalizing the country's economy. And he was a shrewd operator on the diplomatic front.

Abe led his party to a series of election victories and became Japan's longest-serving prime minister.

He stepped down again in 2020 due to health issues, but has remained an influential figure within the LDP.

Japan offered former Prime Minister Abe Shinzo an honor with a state funeral after he was killed in a shocking attack.

CDS LATE BIPIN RAWAT A True Friend By A Correspondent 7 months, 2 weeks ago

Niranjan Koirala Is No More By A Correspondent 1 year, 7 months ago

In Memory Of Dr. Sukhdev Shah By Ambika P. Adhikari 1 year, 9 months ago