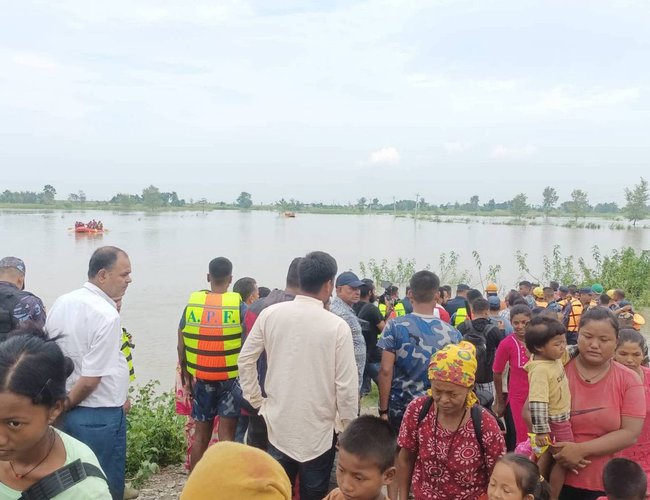 One thousand and five hundred families have been displaced after the flooded Saptakoshi River entered human settlements by breaking the embankment of Dumribot in Belaka Municipality-8 in Udayapur district.

Human settlements in wards 1, 2, 3, 8 and 9 were displaced after the flood inundated them.

A part of the swelled Saptakoshi entered the human settlement at 4 am Wednesday. The locals abandoned the settlements for safe places immediately after the flood entered the villages. A team from the local levels are rescuing the affected families.

Continuous and torrential rains of the past few days have affected normal life, especially in Udayapur, Sunsari and Saptari districts of Province 1.

Following the inundation, villagers of around 1,500 households of Belaka have been shifted to a safe place including community buildings. 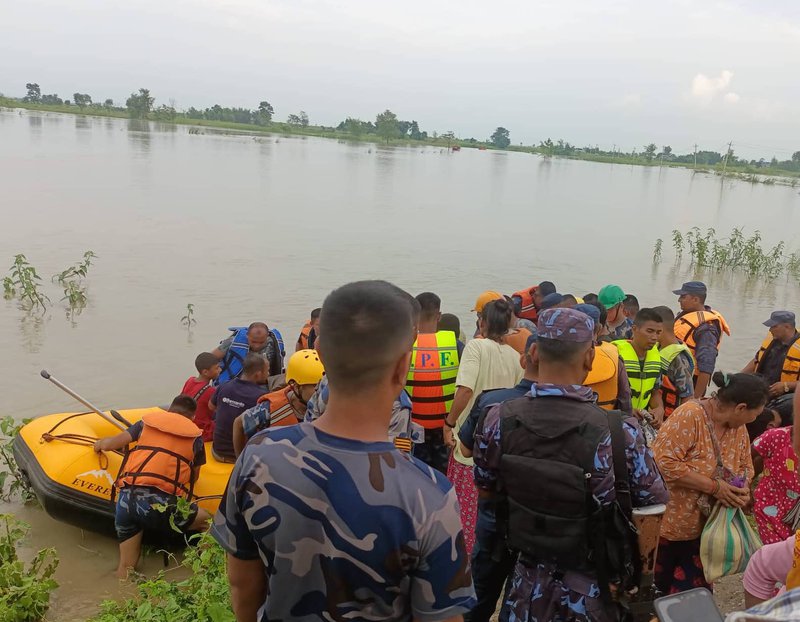 Locals administration and the security personnel have intensified the search, rescue and relief operation in the village. Since heavy inundation, the locals have been forced to seek temporary shelter. Security forces from N epal Police, Armed Police Force Nepal and Nepali Army have been on the field for rescue and relief distribution.

Chief District Officer (CDO) Birendra Kumar Yadav said the whole team of the District Disaster Management has been on the field throughout the day for prompt rescue and relief distribution since the disaster hit.

The Saptakoshi flood entered Koshi Tappu region following its original route after 34 years. Settlements in Belaka and nearby places were formed after the Koshi River changed its course in 1998.

It is said that Dhauri Tappu in wards 1, 2, 3, 8 and 9 of Belka, Sri Lanka Island, Bhagalpur, Garaiya, Tapeshwari and other settlements and Saptakoshi and Kanchanrup of neighboring district Saptari and Sri Lanka Island of 6 and 9 of Barahkshetra Municipality of Sunsari are also at risk of flooding. 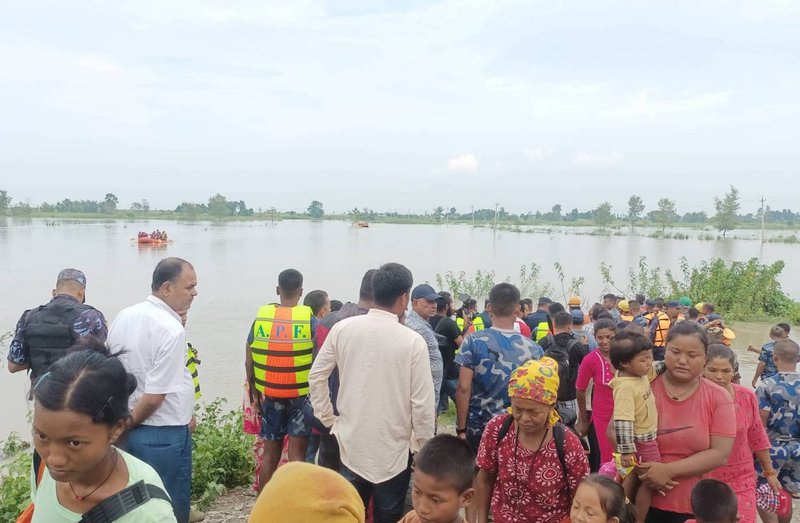 Meanwhile, Chief Minister of Province 1 Rajendra Rai has expressed his concerns after the swelled Saptakoshi entered the human settlement. He said he was sad that many people of Barahakshethar in Sunsari and Belaka in Udaypur were hit hard by the floods. 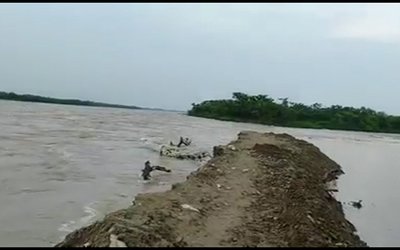